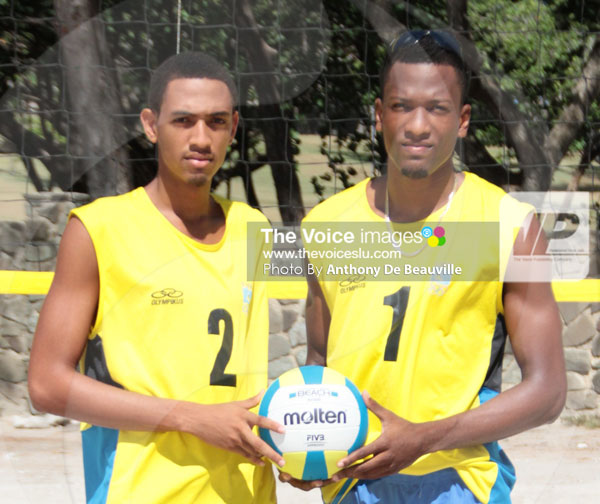 However, word is that the lighting at that facility has been inadequate and that Saint Lucia Sports Inc. will have everything in place before the tournament starts here next week.

Final preparations are ongoing with the Saint Lucia men’s senior volleyball team as they look toward their opening encounter against Saint Martin in World Championship Qualifier at the Beausejour Indoor Practice Facility on August 12.

Meanwhile, Head Coach Terry Verdant, who just returned from the Commonwealth Youth Games in Bahamas, told The VOICE that the team’s preparation has been going as planned and that in his absence, Assistant Coach Bernard President took charge of training the squad.

“In the coming days, the technical staff will up the tempo at the various training sessions and that will also include additional days of training and, if necessary, longer hours leading to the qualifiers,” he said.

In terms of the Saint Lucia chances of advancing to the next round of competion in Colorado Springs, U.S.A., he said, “We intend to take each game one at time and to also take advantage of the opposition’s unforced errors. The current squad in training is a balanced one and I believe they can get the job done.”

Saint Lucia’s remaining matches will see them play Antigua and Barbuda on August 12 and Saint Marteen on August 13.

Meanwhile, reports from Dominica have indicated that the country’s national men’s team has stepped up preparation by featuring upcoming and past national players in a series of intense practice matches leading to the team’s departure to Saint Lucia.

To date, the Dominica national volleyball men’s team has been the only member of Eastern Caribbean Volleyball Association (ECVA) to give Saint Lucia a run for its money.

This time around, however, the Dominicans are placed in Group E, which comprises Antigua and Barbuda, St. Vincent and the Grenadines and St. Kitts and Nevis.

The winners of these competitions progress to the 3rd Round in Colorado Springs for the men and Trinidad and Tobago for the women. The Saint Lucia senior female team will be heading to Vancouver, Canada from September 26 to October 2.

The Dominica buildup is to test the state of readiness of both the male and female senior national teams which have been training diligently since September 2016.

At the BIPF on Wednesday, August 9 from 9:00 a.m., Dominica will play their opening games against Antigua and Barbuda while St. Vincent and the Grenadines will play St. Kitts and Nevis at 11:00 a.m.
In the evening, from 6:00 p.m., it’s Dominica versus St. Vincent and the Grenadines and St. Kitts and Nevis play Antigua and Barbuda at 8:00 p.m.

On Thursday, August 10, two matches are carded for the evening – St. Kitts and Nevis against St. Vincent and the Grenadines and Antigua and Barbuda against Dominica.