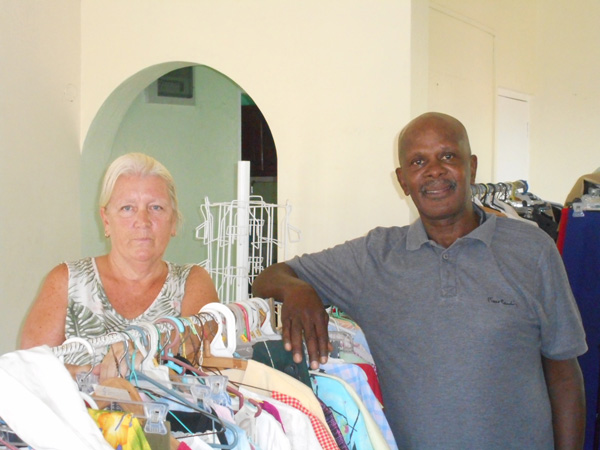 THE task of catering for the needs of the vulnerable children of Vieux Fort has now become a major challenge for the Vieux Fort Children’s Society.

However, it’s not daunting and will not cause the Board of Directors of the Society to give up on its responsibilities.

In an interview with this reporter, board member Raymond John said the Society had realised that the vulnerable children in Vieux Fort needed some form of assistance.

“The Vieux Fort Children’s Society was formed by people from the U.K. and locals who realised that there was nothing in the south for the vulnerable and battered children. As a result, they decided to build a home for them,” John said, adding that their main sponsor is Jermain Defoe, an international footballer of St. Lucian heritage.

He said their major challenge is to get funds to assist the vulnerable children in Vieux Fort, which included assisting in the construction of the Vieux Fort Children’s Home, which was recently completed.

John said their new challenge stems from an increase in the number of people who sell clothing at cheap prices in the town of Vieux Fort.

“Now the competition is stiff. Before it was a lot better for us,” John said.

On most Saturdays, the main streets of Vieux Fort are usually crowded with people selling used clothing of all sorts at reasonable prices.

According to John, one of the ways the Society will be dealing with the challenge is by later this week relocating its shop from Clarke Street to the Gablewoods Mall on New Dock Road where most people now do their shopping.

Over the years, a number of business-houses and government departments have relocated to New Dock Road and Beanefield, giving other parts of the town the semblance of a “ghost town”.

John said some of the ways the Society — which has been in existence for over 10 years — raises funds is through donations which come from countries such as England and the United States.

“Our major concern is raising funds,” he lamented.

According to John, the Society raises funds by selling clothing at its charity shop, operating a flea market on Saturdays and holding functions such as an annual dinner dance and occasionally a creole breakfast.

He said he is grateful for the support they receive from residents in the community and called on them to continue to support the Society’s efforts.

“We need more volunteers to work in our charity shop and at our flea market. Our small staff works very hard without pay,” John said.