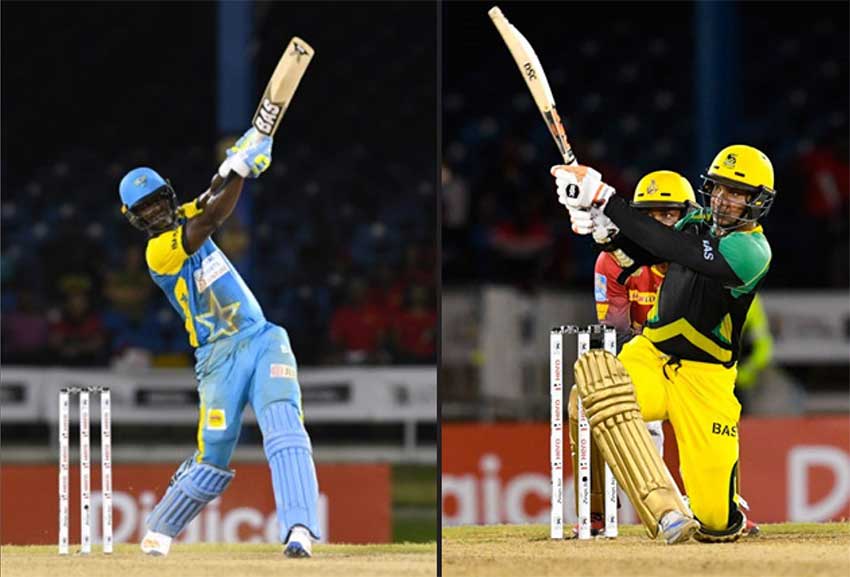 The match will be the Stars’ last home game and the team has lost all its matches played so far. The Daren Sammy-led team will be hoping to at least say farewell on a good note in front of their home crowd despite the poor attendance.

Based on the team’s performances thus far, it is anyone’s guess as to which team will win. One thing’s for certain, though: the Stars will be hoping to get it right as they start the second half of the tournament.

The Stars next encounter will be against St. Kitts and Nevis Patriots on Saturday in St. Kitts.

Meanwhile, last Sunday, in a match-up dubbed “a battle of the winless”, Guyana Amazon Warriors got off the mark in tense fashion as they secured a six-wicket win with a ball to spare courtesy a rounded batting effort chasing a target of 153 runs.

The Warriors rode their luck, with 30’s from Chadwick Walton, Jason Mohammed and Gajanand Singh. The victory for the 2016 finalists gives them a boost leading into their home leg beginning Thursday at Providence while Stars remain without a win at the halfway point of their season.

The Stars had been missing a major top order contribution through the first nine days of the tournament but Johnson Charles produced a half century to steer the first half of the innings after Daren Sammy elected to bat.

Despite a pair of hiccups in the power play that saw Andre Fletcher and Marlon Samuels fall cheaply, Charles battered his way to 53 off 32 balls with three fours and four sixes, showcasing some of the ferocity that made him such a valuable asset in the team’s maiden playoff appearance in their final year as the Zouks.

Afghanistan leg spinner Rashid Khan had gone wicket-less in his first three games for Amazon Warriors but on his return to the venue that saw him claim 7 for 18 against West Indies in June, Rashid reprised a slice of that magic with a sterling 2 for 9, the most economical four-over spell of CPL 2017. Charles fell skying a slug to long-on two balls after the drinks break but Rashid’s next over was a sight to behold.

Rashid preyed on Kamran Akmal, whose awful tournament plumbe new depths when he flailed aimlessly after charging down the wicket to be stumped for 2. Standing toe-to-toe with new batsman Sammy, Rashid ripped three balls past the outside edge and would have had a wicket maiden were it not for a googly that pitched outside off stump before spinning viciously down the leg side for a wide. Sammy gave Rashid a high-five at the end of the over as a mark of respect for the testing spell.

After claiming Samuels in the power play, RayadEmrit returned late to help contain the Stars. Emrit caught a slice of luck when Shane Watson spliced a full toss to Martin Guptillsaidin the circle at cover. Bowling the final over, he conceded sixes to Sammy off the first two balls part of a 19- run sequence for the Stars captain in four balls.

But Emrit bounced back strongly, conceding just three runs off the last four balls while taking two wickets. Sammy mis-fired a drive to long-on before Rahkeem Cornwall’s attempt to pull Emrit against the wind found Rashid at deep midwicket. The Stars’ power failure across those final four balls proved vital. Emrit ended with 4 for 35.

Amazon Warriors rode middle gear through much of the chase behind three solid partnerships forged by Walton, Martin Guptill, Babar Azam and Mohammed to carry them to 88 for 3 in the 13th over. But Gajanand’s arrival marked a shift into high gear for the visitors as he cracked an unbeaten 35 off 22 balls, including a 57-run fourth-wicket stand with Mohammed.

Even though Amazon Warriors had wickets in hand, Stars began to edge marginally in front with five overs to go as the required run rate crept towards 10 per over. Mohammed and Gajanand decided to make their move in the 16th over. They went after Shane Shillingford, carting him for 17, including a streaky edge to third man and an authoritative pull by Gajanand over long-on for six.

Gajanand flicked Kyle Mayers for six over fine leg in the next over, before slapping two fours off Jerome Taylor in the 18th to bring the equation down to 11 off 12 balls. His knock might have erased the bad memory of losing his cool against Carlos Brathwaite in Florida last Sunday.

After Mohammed fell at the end of the 19th over, Sammy took the ball with 8 runs required for victory. Roshon Primus was on strike. Two singles and then a dot-ball against a yorker gave the Stars hope but Primus tucked into a length ball from Sammy on the fourth delivery to split the two boundary fielders on the leg side for four. Sammy speared one into Primus’ legs next ball, but the allrounder tucked it easily to deep square leg’s left to come back for the second to clinch victory.