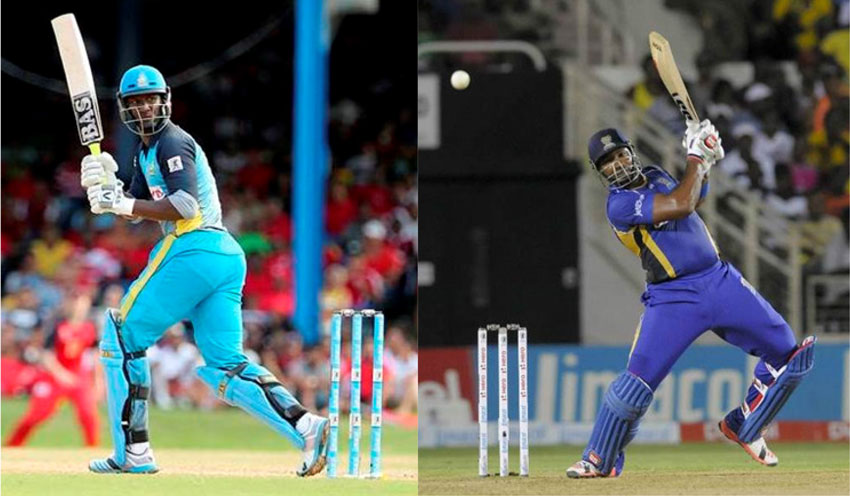 CPL action returns to the Daren Sammy Cricket Ground this evening for more entertainment on and off the pitch as St. Lucia Stars play Barbados Tridents from 8:00 p.m.

The Stars will be hoping to redeem themselves following Monday’s loss to Trinbago Knight Riders by four wickets, their second defeat in a row.

With scores of 132 for 9 and 118 for 9 in their two previous matches against Trinbago Knight Riders, the St. Lucia Stars coaching staff will be hoping that hard-hitting opening batsman, Johnson Charles, will get it right following scores of 2 and 5 respectively, while the rest of the top and middle order batsmen finally come to the party.

St. Lucia Stars will be keeping their fingers crossed and hoping for the better. As to Shane Watson’s fitness, in the Stars two match ups against Trinbago Night Riders, Watson was left out due to calf strain following his journey from Australia to join the team.

Tonight’s encounter is a must-win for St. Lucia Stars before they play St. Kitts and Nevis Patriots on Saturday.

On Monday evening, Shadab Khan’s composed unbeaten 30 guided Trinbago Knight Riders to another win against St. Lucia Stars in Port-of-Spain. TKR restricted the Stars to 118 for 9 with Kevon Cooper and Dwayne Bravo sharing 5 wickets for 54 runs between them.

The Knight Riders looked in deep trouble when they were 5 for 52, at one stage chasing 119. Shane Shillingford took a career best T20 figure, picking up 4 wickets for 22 runs to keep the Knight Riders in check. However, sensible batting from Shadab Khan (30) claiming his second Man of the Match award and Javon Searles (27 not out) finished the game with a 45-run partnership to secure victory for Knight Riders.

Bravo won the toss and put the St. Lucia Stars in to bat which move paid off when Khary Pierre trapped opener Johnson Charles for 5. Andre Fletcher was the top-scorer with 40 from 45 balls, finding little support from Kamran Akmal.

Captain Daren Sammy was the second-highest scorer; he made 25 from 19 balls, but Shadab Khan and Sunil Narine took wickets at regular intervals. Bravo and Cooper handled the task in depth with the Stars batsmen being dismissed for single digits while Shillingford and Eddie Leie remained unbeaten on 0 and 2 respectively at the end of the Stars innings.

It was over to Knight Riders Brendon McCullum and new opener Sunil Narine to set Queen’s Park Oval ablaze with their early blistering partnership. Together, they smashed 4 sixes until Shillingford was introduced in the third over.