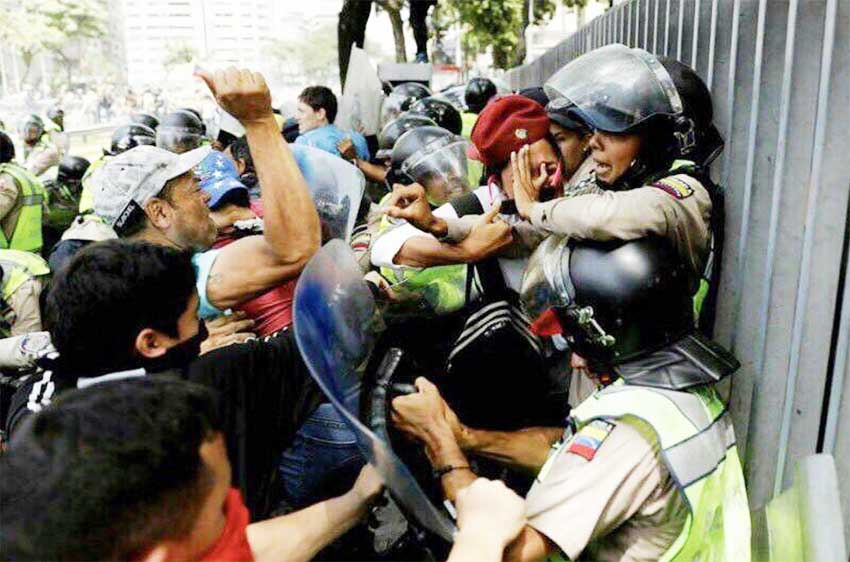 PRESS RELEASE – WITH the results of the National Constituent Assembly of July 30 came the peace that was sought for Venezuela, through that process. What have now intensified are the active international attack scenarios expressed in these actions:

1. The Government of the United States and some governments of the South American region do not acknowledge the results of the National Constituent Assembly, a legally democratic electoral process which took place in Venezuela on July 30 with the participation of 8,089,320 of its citizens.

2. The application of economic sanctions by the Treasury Department of the United States on some public officials of Venezuela, including the President of the Republic, Nicolas Maduro.

3. The meeting in Lima, Peru where 17 countries from South America and the Caribbean participated, in which 12 of those countries issued a pronouncement against Venezuela, not recognizing the National Constituent Assembly.

4. Despite the fact that on Friday, August 11, the President of the Bolivarian Republic of Venezuela formally expressed the willingness of the Bolivarian Government to maintain respectful relations with the United States. Nevertheless, on Saturday, August 12, the President of the United States, Donald Trump, threatened, expressing that the U.S. has many options for Venezuela, including a military intervention, if necessary.

Notwithstanding, these threats of military intervention by the U.S. have been rejected by numerous governments, including Russia, China, Iran, Ecuador, Nicaragua, Bolivia, among many others, including those in the region that have a firm position against the Bolivarian government, Chile, Peru, Colombia, Mexico, Brazil.

Regional powers have also come out strongly against those threats. Official statements of solidarity and support have been issued by the Communist Party of Cuba, the nations of the Bolivarian Alliance for the Peoples of Our America (ALBA), The Southern Common Market (Mercosur), to name a few.

President Maduro has called for a closed door summit of Heads of States and Governments with the Community of Latin American States (CELAC ), representing 33 countries of the Caribbean, Central and South America) to openly debate about Venezuela and to establish diplomatic dialogue within the framework of diversity.

Numerous political, social and cultural movements have shown their solidarity with Venezuela. The government and a vast majority of the Venezuelan people continue to voice their vocation and commitment for peace.