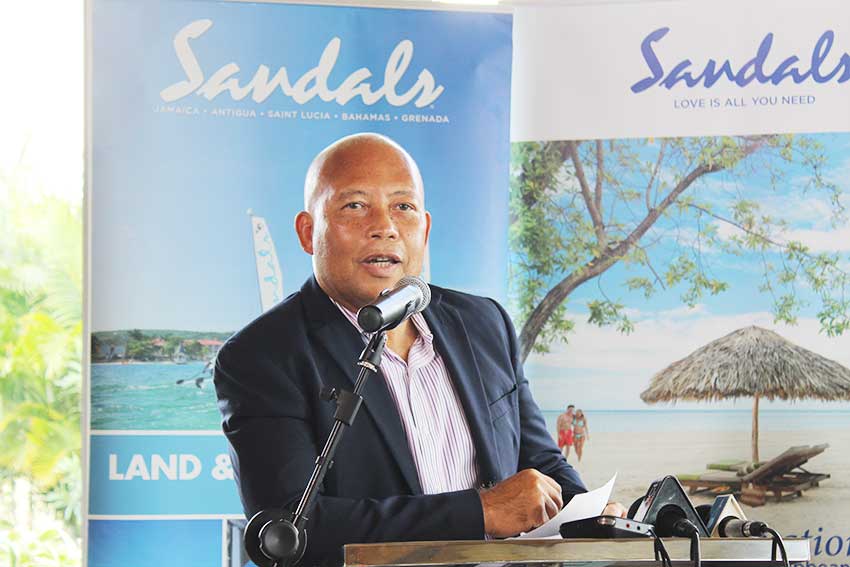 IT is with great pleasure that Sandals Chairman, Gordon “Butch” Stewart, and Deputy Chairman and Chief Executive Officer Adam Stewart, announce the promotion of another company stalwart.

A hospitality professional with over 35 years of experience in Food and Beverage, Accounting, Rooms Division, Sales and Marketing and Project Management, Anderson began his Sandals journey in 1991 as Food and Beverage Manager at Sandals Ocho Rios. Since then, he has held progressive positions, including the post of Hotel and General Manager at numerous resorts across the group in Saint Lucia, Turks & Caicos, Antigua, Jamaica and Grenada.

An active tourism advocate, Anderson is also an executive member of the Saint Lucia Hotel and Tourism Association, a Trustee of the Tourism Enhancement Fund and sits on the Saint Lucia Tourist Board. Throughout his tenure, he has been lauded as a charismatic, visionary and transformational leader who consistently displays a passion for the development of people — by both his resort team members and those within the community.

Sandals is confident Anderson will continue to provide nothing less than the stellar leadership qualities exhibited to date.