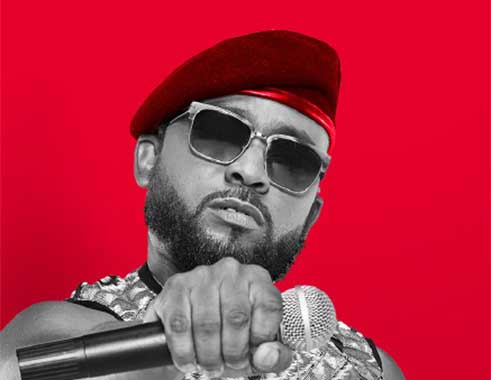 PRESS RELEASE – DIGICEL Ambassador and soca superstar, Machel Montano, has been confirmed to bring down the curtain on the fifth staging of the Hero Caribbean Premier League (CPL) with an epic performance at the Finals.

Machel will take the stage during the Digicel Postgame Live segment at the Brian Lara Stadium in Trinidad and Tobago on September 9.

Since inception in 2013, Digicel has been a partner of CPL, which offers a beautiful mixture of cricket and party in a carnival-like atmosphere. Simply put, it’s a ‘must-be-there’ event.

In keeping with its commitment to putting customers in the centre of all the action, Digicel recently launched a promotion as an extension of its Quick Pick bundles offer that allows one lucky customer from the Caribbean to win a trip to the Finals along with three of their friends to hang out with Machel.

The seven-time international Soca Monarch champion, producer and songwriter is looking forward to performing in front of his hometown fans, plus thousands from across the world who will travel to Trinidad and Tobago to ensure they’re a part of the final CPL action for the season.

“Of course, I am looking forward to the show – the atmosphere, energy and overall ambiance is indescribable. It’s always special when I get the opportunity to perform at home. I can’t wait!” said Machel.

Digicel Director of Marketing, Peter Lloyd, said: “What better way to bring the curtain down on the biggest party in sport in Trinidad and Tobago than with Machel himself? It’s been an amazing season – the energy is high, the stadiums have been packed, and the excitement around the Finals is growing to fever pitch. So we know Machel will be performing for a well-energised audience. Of course, those who won’t be able to attend the Finals can always tune in on CPL’s dedicated channel on PlayGo.”

In 2016, Digicel and Machel forged a three-year partnership, which includes delivering exclusive and unique multimedia content to customers across multiple platforms and devices plus giving customers the opportunity to engage with Machel.