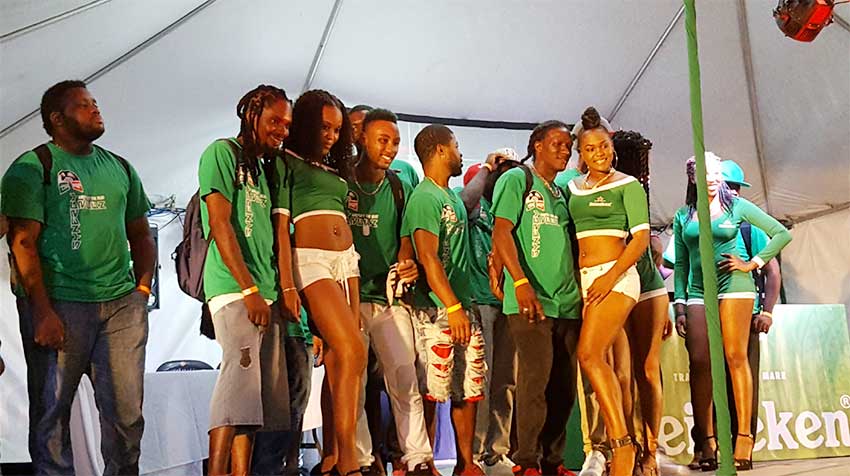 PRESS RELEASE – YOU know that summer is not over just yet, not until the rhythmic vibes of Heineken Green Synergy begins to fill the air. And as expected, excitement has been brewing among the local DJ fraternity as well as the thousands of fans as plans for the highly-anticipated Heineken Green Synergy DJ competition unfolds here in Saint Lucia.

Plans are running quite smoothly for the staging of this year’s event, which will run from August 20 to September 24.

Heineken Green Synergy, from its inception, has been an annual DJ competition par excellence that has given exposure to numerous DJs and helped groom some of the best DJs on the island via a summer-long DJ competition, which also offers workshops and other opportunities.

According to Mindy-LuquianaChicot, Junior Brand Manager-Global Brands at WLBL, this year’s event will hold true to its tagline, “Amplify the Beat”, and is expected to bring out the best in both the DJs and the fans.

“Heineken Green Synergy, which is now in its 14th year, maintains its position as being one of the premier events of its kind,” Chicot said. “It stands out as one of the major DJ searches of its kind in the region as we seek to find, nurture and reward the hottest new talent each year.”

The event, according to organizers, is also an ideal opportunity for consumers to get up close and personal with the brand. The platform of pulsating and eclectic rhythms is used to bring out the worldliness of the brand as only Heineken can do.

This year’s event will also embrace Heineken’s universal campaign, “There’s more behind the star”. With this in mind, DJs will be given the opportunity to showcase their talents via various mediums, including social media platforms and television, as well as weekly radio programmes on stations here.

The competition format is similar to last year’s and will comprise two categories: Skills DJs and Clash DJs. A call went out for ten-minute demo submissions via the Heineken Green Synergy Facebook page on July 29 and ended on August 6. A panel of judges will then select DJs for showcasing at various Heineken Green Synergy events ahead of the semifinals.

The first official Heineken Green Synergy event will be held this Sunday at Hummingbird Beach in Soufriere.

“This year, we intend to touch every region in Saint Lucia with Heineken Green Synergy. So events will be held in the south of the island, east, west, in Castries as well as in the north,” explained Chicot.

A first for Heineken Green Synergy this year will be a road show in September. The event will also feature two workshops for participants — one in the south of the island, the other in the north.

“As Heineken Green Synergy celebrates its 14th year, we would like to thank all of the DJs and the fans for the tremendous support over the years. We have no doubt that they will be thrilled with what we will be staging once again this year as each year we try to up the ante with our production and overall event,” Chicot said.

She added: “We also want to show our appreciation to the fans, in particular, by giving them lots of opportunities to win prizes during our various media promotions and road show as well as via the Facebook page.”

“Of course, with the DJs this year, we will be going all out to help them bring out the best as we continue to “amplify the beat”, allowing them to shine even brighter as they showcase that indeed, “there is more behind the star,” she said.