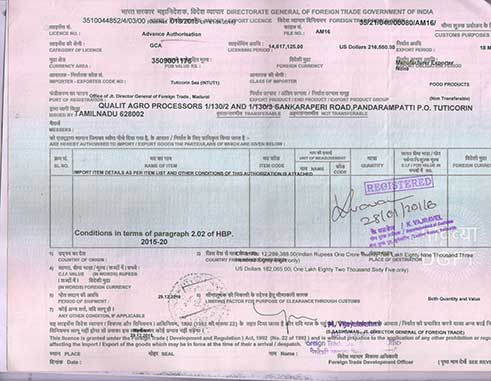 PRESS RELEASE – THE final in the first installment of the three part series “Getting Down to Business” concluded on August 9 at the St. Luca Chamber of Commerce, Industry & Agriculture Secretariat.

The session took an intense look at the import license regime with key stakeholders involved, including the Department of Commerce, Customs and Excise Department and Chamber members.

Several thought-provoking issues were raised and discussed, mainly related to the license application process, the speed of the process, the communication gaps, feedback and opportunities for the introduction of technology.

The Department of Commerce took some time to painstakingly point out the rationale for the license and the procedure which importers should follow when applying for a license. This revealed a need for more information on the rules, regulations and procedures underpinning the regime to be understood and known by the business community.

The meeting agreed that there was an urgent need for the list of items requiring licenses to be reviewed, more up-to-date policies put in place while a more efficient system to administer the regime, including increasing the staff compliment, needed to be seriously considered.

At the meeting, which participants agreed was an important and critical step in effecting positive change, it was recommended that a sub-committee be established to conduct a review and make recommendations on improving the system. It was decided that the sub-committee should include other critical stakeholders, such as the Ministry of Agriculture and the Bureau of Standards.

The Ministry agreed to continue engaging the business community and welcomed not just the meeting but the tone, conduct and outcomes and pledged to join its partners in finding ways to improve its service delivery and to grow the St. Lucia economy.

A follow-up meeting will take place in the next two months to review progress and to find approaches which will help achieve the desired objectives.