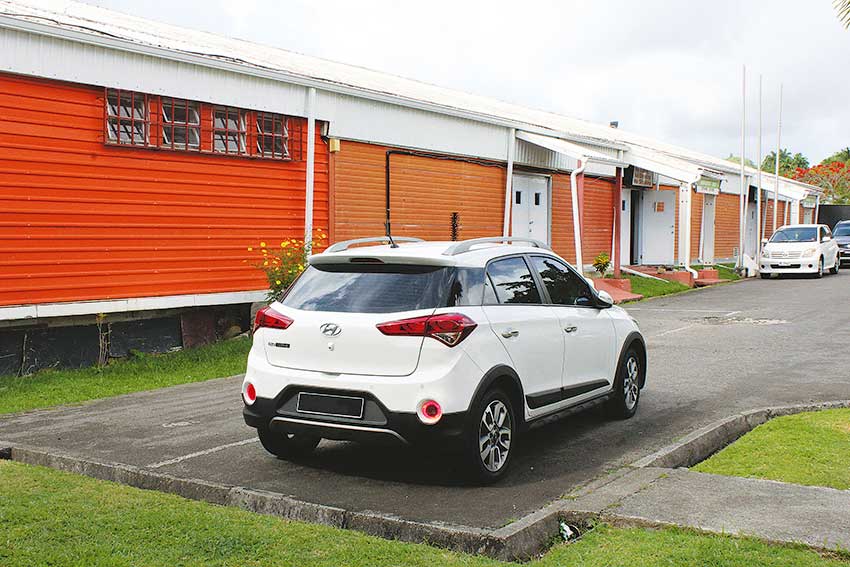 THIS is part two of the series on why the Artistic and Cultural Community is opposing government’s plan to relocate the National Cultural Centre (NCC) and Cultural Development Foundation (CDF) from their Barnard Hill location in favour of temporary buildings for the courts.

If Barnard Hill is ideal for a cultural complex, then the alternative site at Choc/Union being proposed for a Cultural Centre is totally unsuitable. It is a smaller area of land — 1.5 acres compared to the 4.5 acres at Barnard Hill but, more critically, it is prone to severe flooding.

As far back as 1999, a Consultant’s Report on the impact of Tropical Storm Debbie (1994) pointed out that this area would always be flooded whenever the adjacent Union River became swollen as a result of stormy weather. There is a more calamitous feature to that site – one that has developed during the last sixteen years.

What was a small pothole that suddenly appeared, as these things do, has now mushroomed into a huge pond or pool which keeps expanding at the same time as its perimeter is also continuing to collapse into itself. The suspicion is that it is a sink hole. The Google Map below of the site shows this ominous pool. In addition to this danger, the site is close to an active quarry and quarry dust is a menace to sensitive electronic equipment. It is simply not the place to build a centre for the arts and culture.

Then there is the exorbitant cost of buying that area of land. Based on the current market value of land in the area of the alternative site at Union, it is estimated that the cost of the acquisition of the land for the cultural centre will be in the vicinity of four and a half million dollars. Why should the government spend four million dollars to purchase land for a cultural facility when the current cultural centre is on a much larger amount of land which the government already owns? That amount of money is more than sufficient to construct a cultural complex along the lines that were suggested in Part 1 of this series.

Creative Solutions for a Halls of Justice
On the other hand, a Halls of Justice is most suited in the centre of a city, like all other central Courts in any civilized community or country. A Halls of Justice, like a Cathedral, must be identified as a central point in a city. The government should consider this very carefully before establishing a Halls of Justice in place of the Cultural Centre, particularly as it has been officially stated that the structure contemplated is temporary. There are alternative and readily available sites for the Halls of Justice, both temporary and permanent.

At present, there are two buildings in the centre of the city belonging to the government which are no longer used but which were associated with the Courts. These are the original Courthouse and the property at the corner of Laborie and Micoud Streets, which formerly housed the Registry of Civil Status and Registry of Companies and Intellectual Property.

It is suggested that these two buildings be sold to a company with the government having majority shares and offering shares to the public with a guarantee of the rental to facilitate an income to its shareholders as was done with the establishment of the St. Lucia Electricity Services Limited comprising of the government, City Council and the public of St. Lucia.

This would release the government from any direct involvement in the erection and maintenance in any such structure. It would also give Saint Lucians the opportunity of not only owning part of public properties in their country but also give an opportunity to them, through their representation on a Board of Directors, to influence and maintain such a structure.

This proposal would free the government from any debt burden and give Saint Lucians an opportunity to invest in their own country much like the Syrian community is involved in property development in St. Lucia.

We also have belonging to the government the destroyed fire service and Port Police building on Jeremie Street, which is vacant and ready for development. This area could also be used as part of a Halls of Justice itself, complimenting the two other areas mentioned, or perhaps, it could be used and developed as a Hall of Justice, which would complement the Government Buildings opposite.