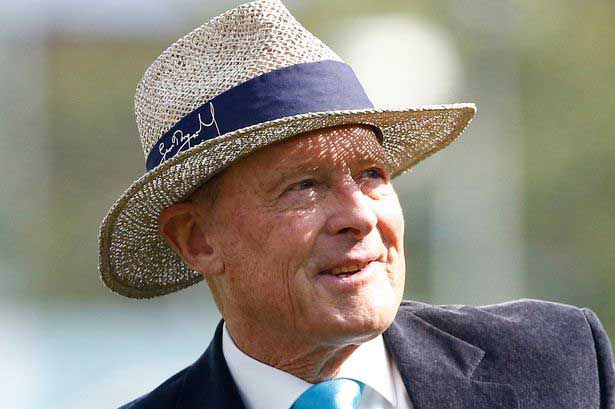 GEOFFREY Boycott, the former England batsman and Test Match Special summariser, has made an “unreserved apology” after suggesting that he’d have a better chance of getting a knighthood if he “blacked up” his face to look like a West Indian cricketer.

Knighthoods, he said, were handed out like “confetti” to West Indies greats — he named no names, but a total of 11 former Caribbean greats have been conferred the honour to date, including Sir Vivian Richards, Sir Garfield Sobers and Sir Curtly Ambrose.

Boycott’s remarks were met with an uneasy silence by his audience, a room that included several black guests who had paid close to £300 a head for the occasion.

In the wake of a wave of criticism, with one of those present denouncing him as a “dinosaur”, Boycott took to Twitter to apologise.

“Speaking at an informal gathering I was asked a question and I realise my answer was unacceptable,” he wrote. “I meant no offence but what I said was clearly wrong and I apologise unreservedly.

“I have loved West Indian cricket my whole life and have the utmost respect for its players.”

The last England cricketer to receive a knighthood was Sir Ian Botham in 2007, with Sir Alec Bedser earning his a decade earlier in 1997. (Getty/Cricinfo)