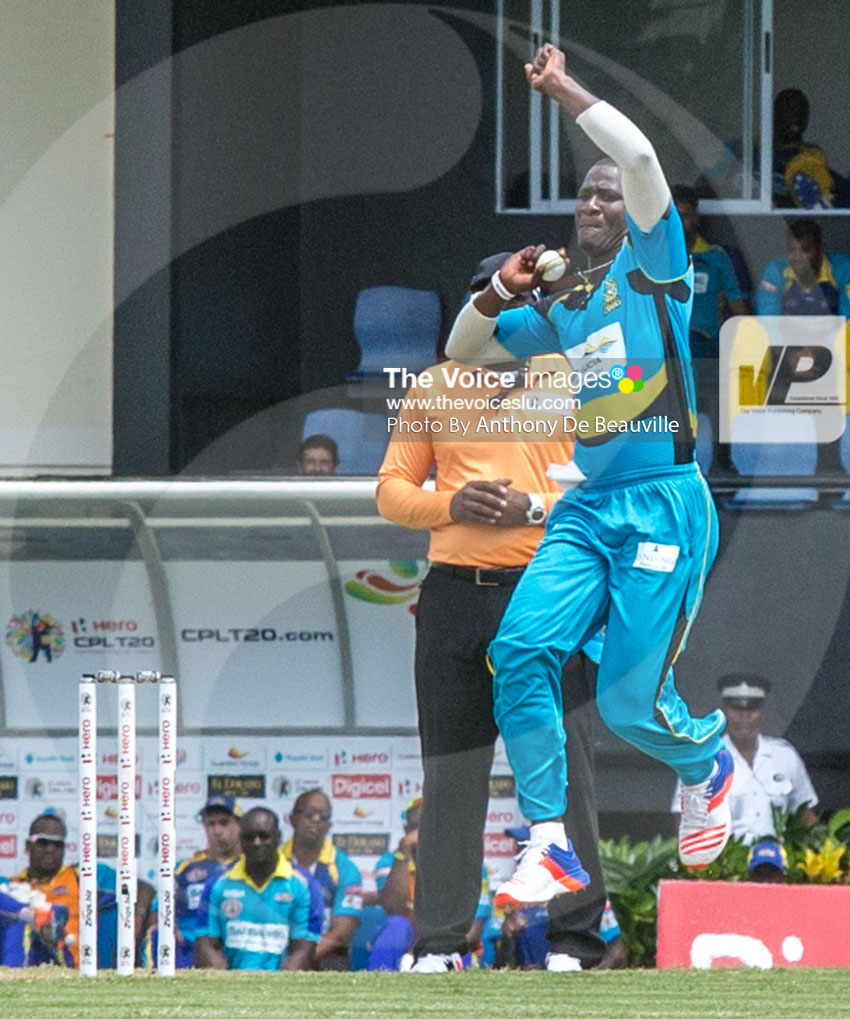 HOW wrong can things go for a Caribbean Premier League (CPL) team? If you want an answer, ask the St. Lucia Stars franchise for they are having a torrid 2017 season.

The last time they were in such a position was in 2013 (playing as St. Lucia Zouks) when they played 7 matches, won 2 and lost five. By all indications, they seem to be repeating the same performance this season.

Currently, they are at the bottom of the table with zero points after playing 6 matches and have been booted out of championship contention.

Following Tuesday evening’s defeat at the hands of defending champions Jamaica Tallawahs, this is sure to be the season the Stars would want to forget.

The Stars lost their opening game at home to Trinbago Knight Riders and have been downhill since. Despite dishing out consistent batting performances from Andre Fletcher and a late flurry from Johnson Charles (52), Darren Sammy (60), and Marlon Samuels (54), the team has found a new formula of knowing just how to lose a match and Tuesday evening’s loss was a typical example.

Tuesday evening batting performance was perhaps one of their best. In fact, it was their highest score to date in this year’s tournament (173 for 7 in their allotted 20 overs). At the halfway mark, they were 69 for 2 and had a Power Play score of 39 for 2.

Opener Andre Fletcher continued his good run with the bat, top scoring with 84 not out from 53 deliveries, which included 7 fours and 1 six, earning him the player of the match award.

While Marlon Samuels finally had a well-played 54 from 36 balls, he failed to carry on with 4.3 overs remaining. However, he and Fletcher made 103 off 64 balls for the fourth wicket.

Bowling for Jamaica Tallawahs, Mohammed Sami picked up 3 for 27; he took the wickets of Johnson Charles (13), Shane Watson (3) and Daren Sammy (3).

In reply, Jamaica Tallawahs made 179 for the loss of 5 wickets with two balls to spare. Andre McCarthy top scored with 61 not out while Glenn Phillips (32), Jonathan Foo (22), ImadWasim (18 not out), Llendl Simmons (17) and Kumar Sangakkara (13) were the other contributors with the bat.

The Tallawahs, after the Power Play, were 43 for 1. As their innings progressed, wickets fell regularly and at one stage were 134 for 5 with a further 40 required from 18 balls. With the first ball of the seventeenth over, Mitchell McClenaghan bowled Foo with a brilliant yorker. McCarthy responded, striking two sixes at the end of the over, dispatching a low full toss and picking a slower delivery.

With 20 required from 12 balls, ImadWasim punished two short and wide balls from Jerome Taylor for boundaries. At one time, the St. Lucia Stars thought they had Imad trapped lbw with the last ball of the penultimate over only for a no-ball to be called by the umpire.

When two were scored from the additional ball, the Jamaica Tallawahs had all but sealed victory with just four required from the last over. It was fitting of a spectacular lone effort that McCarthy finished the match with a six in the Johnson Charles Stand.

The St. Lucia Stars’ next match will be against St. Kitts and Nevis Patriots on Saturday in St. Kitts.