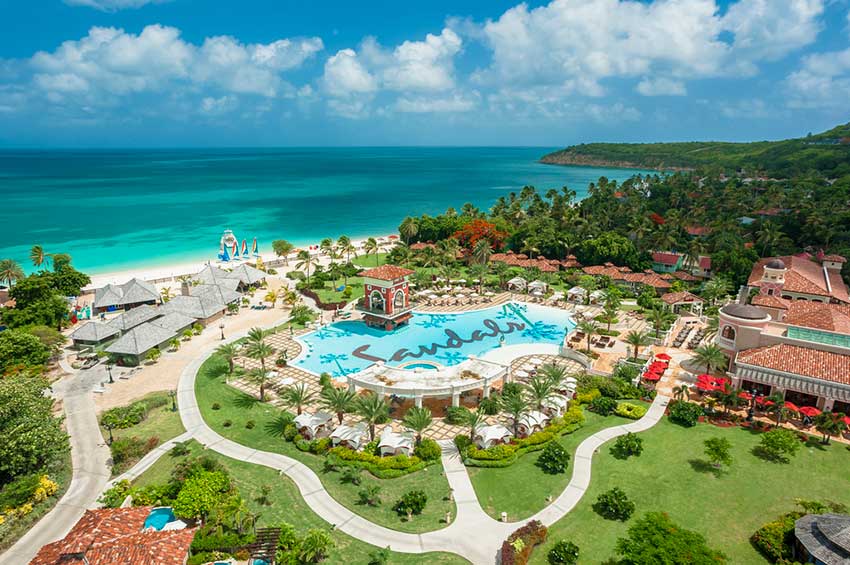 RECENTLY, Antigua and Barbuda’s Prime Minister, Gaston Browne, decried what he believes to be unfair treatment meted out to those employed in the tourism industry in his country.

During a presentation in his country’s Parliament, Browne said the hotel industry, which accounts for 70% on that country’s gross domestic product (GDP), needed to have a “stakeholder relationship in which all of us as stakeholders in the industry will benefit equitably from its gains”.

Browne lamented the sector’s treatment of employees who form the backbone of the nation’s highest revenue earner being treated as “commodities for exploitation”. He said that while government has been making significant gains to grow the economy, the working class continues to be exploited by unscrupulous businesses that render citizens indigent.

Reports are that the recent closure by Sandals Grande Antigua Resort was tied to government’s decision to not grant certain incentives to the hotel chain. According to Browne, the hotel chain hardly pays taxes on items it imports and benefits from many tax breaks.

However, Sandals Resorts International has since responded by saying that its property was due for repairs and had to be closed until December. As a result of the closure, nearly 700 employees were left jobless, with Browne calling the closure “an act of hostility”.

Browne condemned the move, saying that most employees were living hand to mouth and would find it difficult to finance their obligations.

“As a government, we have to protect the citizenry against the excesses of investors,” Browne said.

He later added: “When Sandals first came here about two and a half decades ago, under a previous Labour Party government, the intention was to create a partnership – not for them to exploit us. But what we’ve seen, Mr. Speaker, over the years, is that the relationship had become more and more exploitative, as they extracted more and more concessions” that is “designed to extract additional concessions from the government of Antigua and Barbuda”.

Browne’s allegations against the award-winning hotel chain are reasons for concern since the hotel chain has properties in other regional territories, including in Saint Lucia. With three properties here – with a fourth slated to come on-stream in less than two years’ time – concerns have indeed been raised as to whether the hotel chain is contributing its fair share to the local economy.

Sandals Resorts International chairman, Gordon “Butch” Stewart, is on record as saying that the resort chain has made a meaningful contribution in the countries where it operates. Also, through its marketing initiatives, the hotel chain said it has attracted tourists to the region even if they did not stay at Sandals. Sandals also points to creating employment for thousands of people, even building an academy to get employees skilled.

Nevertheless, Browne’s remarks have since prompted a regional debate as to whether the hotel industry in general is paying its fair share to both government and those who work in the sector. With the tourism dollar accounting for 60-odd percent of GDP, the Saint Lucian economy can ill-afford to lose that contribution, especially with agriculture, manufacturing and construction performing less than optimal for years now.

But the common charge that sector employees are not being paid fairly for their hard work requires some revisiting.

Just this week, the National Workers Union (NWU) stated in a press release that despite the Labour Code being launched on the eve of Emancipation Day five years ago, “workers are worse off under this industrial framework”.

“Many workers are exposed to vicious industrial atrocities by some employers who continue to receive protection by that Labour Act,” the trade union said.

It continued: “Continuous short-term contracts ranging from one month to nine months have serious implications for annual vacation. Workers cannot go to the banks to negotiate loans or obtain items on higher purchase or travel visas.”

Describing the situation as “dehumanizing” which serves to “destroy genuine initiatives by committed trade unions to empower workers economically”, the union said the Labour Code needs to be revisited “in a serious way”.

Prompted by Browne’s recent statements – whether true or false – it is nonetheless an appropriate time that the matter of workers – not only in the tourism sector – being paid their fair share is discussed at a national and regional level. The growth of any business must never be at the expense of those who help build it.