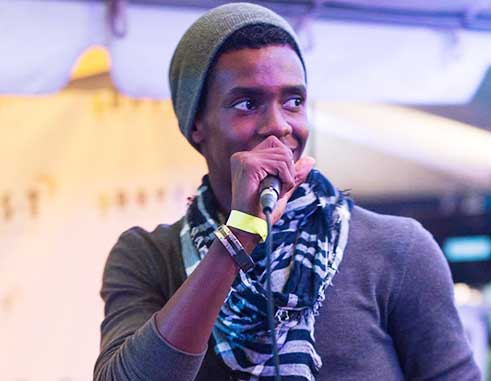 ADRIAN “Drii Notes” Klien is a recording artist, producer, musician, songwriter and poet. But among all his designations, Christian is the one he wears most highly. He is a bright spark in the arts scene in Saint Lucia and is a star in his own class. He hails from the district of Vieux Fort and strives for excellence in his output.

With all this accreditation, PonmDamouKreations is pleased to announce that Drii Notes is the featured artist for this month’s PonmDamou Poetry Slam. The event takes place today, Thursday, at Keebees Sports Bar and Grill, Rodney Bay from 7:00 p.m.

Many may know Adrian from his successful participation in Youth Fest in years past and also for his offerings at the Saint Lucia Jazz and Arts Festival in recent years. In 2016, he was featured in Vieux Fort as part of what was dubbed Literary Night’s Great Success.

Adrian is no stranger to the PonmDamou stage having performed at its 100 Thousand Poets for Change event last year, wowing patrons with an acapella performance of Opportunity by Bobby McFerrin. He is a sure crowd pleaser and PonmDamouKreations is pleased to invite all to its Poetry Slam which, it says, is more than just poetry.