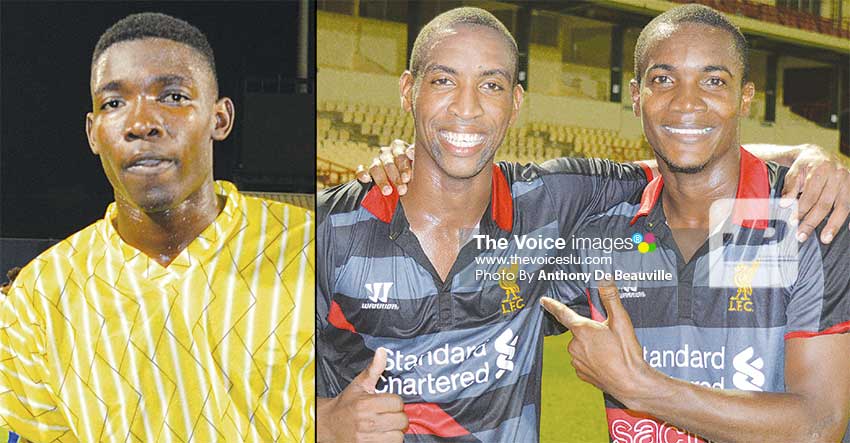 DESPITE the smaller-than-usual crowd, patrons who turned up for Saturday evening’s double-header in the Vizions Entertainment/Saint Lucia Football Football Tournament semifinals clash at Daren Sammy Cricket Ground did not regret the outing.

In the first semifinal, the National Under-21 team secured a spot in the finals with a 1–0 win over Central Castries.

Central Castries have only themselves to blame for not converting their scoring opportunities despite coming under some intense pressure from the National Under-21s.

Kennedy Duncan, the Central Castries goalkeeper, on two occasions made two eye-catching saves to leave the score line goalless at the end of the first half whistle.

The resumption of play saw a high level of urgency, but Central Castries heated the pitch up in the first few minutes as leading goal scorer Shaquille Degazon waltzed through the National Youth Team’s defense to strike a powerful right foot shoot that forced a spectacular save from the National Under-21s’ custodian, Vino Barcelette.

The match continued at a reasonable pace with the NUT taking the game to the Central Castries team. The NUT kept their patience and were most persistent going forward. Their perseverance eventually paid off with a brilliant left foot strike in the 86th minute by substitute Aaron Richard. The goal brought the appreciative crowd to its feet starting off a final spot celebration.

In the second semifinal, Vieux Fort South, riding on a high note as one of the tournament’s favourites, took on a formidable Canaries team.

Vieux Fort South, the best attacking team from the preliminary group matches, got going from the outset. In the third minute of play, they were awarded a corner kick and stunned Canaries with a strike from Dwayne Charles.

Two minutes later, the second leading scorer in the tournament, Antonio Joseph, (6 goals) got the ball into the back of the Canaries net with a brilliant header, only to have it flagged as offside.

In the 14th minute, Antonius Myers of Vieux Fort South, took on and outplayed three Canaries defenders, got a clear sight on goal, only to blast his left foot shot over the bar.

Still in the lead, Vieux Fort South were creating the most chances; however, in doing so they were also committing the most infringements.

The lack of finishing and persistent fouling came back to haunt the VFS team when Canaries was awarded a penalty in the 23rd minute in what seemed a dubious call. Referee Gordon Wilson called a penalty off a tackle from a Vieux Fort South player.

Canaries’ Bradley Tisson duly dispatched the penalty, beating Vieux Fort’s Leon Alexander to his left side and sending the Canaries supporters into rapture. It was game on!

A few more chances were created, but the first half whistle ended on a pulsating 1-1 score-line.

The second half continued with a great deal of fanfare as the race to meet the National Under-21 Team in the final heated up.

Canaries’ David Henry answered the call for his team in the 54th minute when he got on the end of a fine exchange of play by the Canaries attack and finished with a well-executed right foot shot that gave Canaries the lead for the first time in the match. At that point, the Canaries supporters came up to the front railing to congratulate and urge their team forward.

Vieux Fort South used their full complement of three substitutions to get back into the game. That did not help as a defensive lapse gave Canaries another opportunity.

The match ended in an exciting 3-1 score-line to Canaries, who will now meet the National Under 21 Team in the final and a chance to take home a huge EC$30,000, the championship trophy and gold rings.