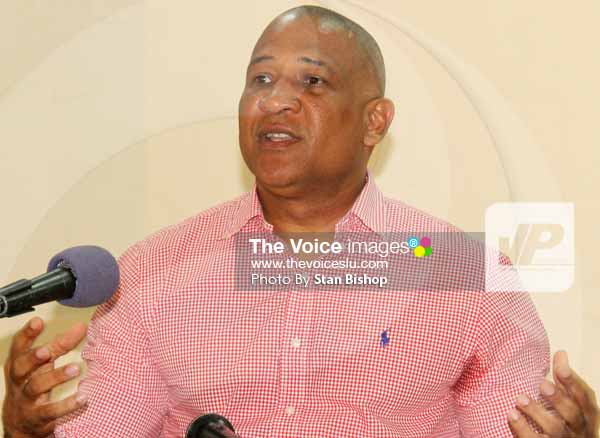 THE government’s attempts to improve the deal it signed with Desert Star Holdings (DSH) nearly a year ago have not impressed the opposition St. Lucia Labour Party, to the extent that the party says it is still confused about the deal.

The SLP highlighted its confusion at a press conference yesterday, starting with Prime Minister Allen Chastanet’s appearance on last Thursday night’s talk show on “Talk” with journalist/publisher Rick Wayne about his past pronouncements on the project.

Dr. Ernest Hilaire, the Castries South MP, called the government’s pronouncement on the $2.6 billion project — dubbed “Pearl of the Caribbean” — as continued misinformation, deceit and outright lies which make it hard for the opposition and people of Saint Lucia to have any faith in what the government says.

Chastanet recently said talks with DSH are ongoing and no aspect — except the horse racing track — has been finalized.

Chastanet further said that several parts of the plan that had been presented by DSH have changed, referring to Maria Islands Nature Reserve which, will be left untouched by the developer after it was earlier mooted that it would be linked to the mainland by a land bridge.

The SLP said it is not convinced the government is giving the people the truth as it pertains to the DSH deal and that the Prime Minister’s attempts to clarify certain aspects of the deal on Wayne’s talk show further confused the situation.

Hilaire said the SLP will continue to agitate because when changes are made and the deal gets better, Saint Lucia will be the better for it.

He reiterated the call for the Prime Minister to come clean on the DSH project and show transparency, claiming that the SLP is not against investments or jobs.