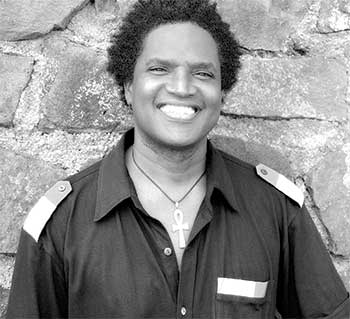 PRESS RELEASE – SAINT Lucia-born ‘Semi’ launches his brand new 12-track album tomorrow at Jazz on the Beach at The Landings in Gros Islet. It can be considered the official album launch of the latest offering from undoubtedly one of St. Lucia’s most prolific reggae artiste, Werner ‘Semi’ Francis.

‘Love Strong’ is complete with lilting rhythms infused with lovers rock and traditional reggae stylings, with tracks that are originals written by ‘Semi’, but also includes written collaborations with Terrick King a.k.a. TK DA Boss and Meriah St. Louis and a special track written by Ricardo ‘Tahacha’ Springer. The album also features some cover tunes by very well-known writers such as Gregory Isaacs and Ronald ‘Boo’ Hinkson. One of Boo’s renowned classics, ‘Song of Love’, is a featured cover tune which ‘Semi’ sings in his own style, which lends for a refreshing rendition.

All the songs on this latest album have a common thread which is LOVE and reflects love for humanity, translated into inspirational, motivational and romantic love. ‘Semi’ is keeping true to a message of love, unity and general well being.

Following the success of the acclaimed album, ‘Conscious Paradise’, ‘Semi’ has been busy on the national and international circuits performing alongside legendary St. Lucian guitarist Ronald ‘Boo’ Hinkson with recent performances in Monaco, London and New York.

‘Semi’ has teamed up once again, as he did for his last album, ‘Conscious Paradise’, with acclaimed Danyl Daniel of F.A.C.E. Media Productions, who is the producer of ‘Love Strong’, a collector’s album. Daniel’s musical competence and creativity, his technical brilliance and engineering prowess in mastering and mixing, has resulted in this exceptional body of work.

It is safe to say that ‘Love Strong’ is an all-Saint Lucian product which ‘Semi’ is very proud of. The musicians and backup vocalists on this album are all very well-known on the Saint Lucian music circuit and beyond.

All this makes Semi’s debut performance of ‘Love Strong’ at The Landings this Sunday a musical event that must be experienced. ‘Semi’ thanks all who have contributed to this project’s success and all who continue to give him the encouragement and support on his musical journey.
‘Love Strong’ – the album is available at Cdbaby.com