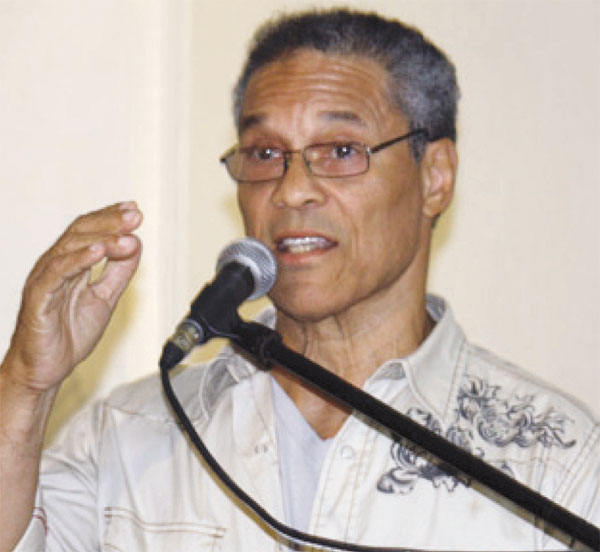 MAY is coming to a close but not before Rick Wayne takes the Laureate’s Chair as he will be the featured writer for the Saint Lucia Writers Forum’s regular month-end reading activity.

The event will be held at the Castries Central Library on Tuesday, May 30 from 7:00 p.m. and is free and open to the public.

The Forum continues to host the event in honour of the late Nobel Laureate, Sir Derek Walcott, who had the privilege of attending twice before his passing.

Wayne is one of the most requested writers that Forum members are looking forward to welcoming and, hopefully, learn a lot from this experience.

His notoriety precedes him. He is a harsh critic of governments and their policies.

Wayne is known in the health and fitness world, having captured the title of Mr. Universe. He has travelled and resided in several First World countries but chose to return to his homeland to contribute to its development by establishing the Star Publishing Company with his wife, Mae.

He has several books to his name, including some on bodybuilding and politics, and is best known for his political titles, It’ll Be Alright In the Morning and Foolish Virgins. His latest book is Lapses & Infelicities. He will be reading excerpts from his books on the night and will entertain questions from the audience.

The public is invited to attend this auspicious event and encouraged to be on time and support the continued work of the Forum which turn 20 next year.