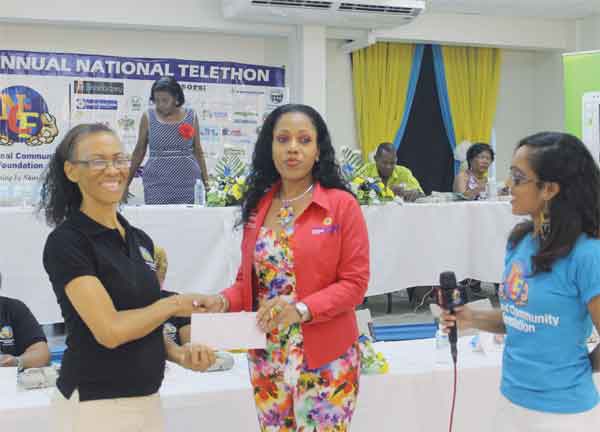 AT a juncture where many people are complaining that our country has made a turn for the worse politically, socially and economically, comes a moment that we all can reflect on the things that still make us great.

For many decades, the Saint Lucian koudmain pastime has been a crucial factor in building communities and character. By its very nature, koudmain signifies ‘giving a helping hand’ without expecting anything in return. It plays off of the biblical being each other’s keeper principle.

Tomorrow, Saint Lucians yet again get to demonstrate that trait that is deeply engrained in their cultural identity: sowing seeds of hope by being generous to the less fortunate among us. With the hosting of tomorrow’s National Community Foundation (NCF) Telethon, they get to demonstrate that despite things being tough financially for all, we each must play our part in ameliorating the plight of those who simply cannot fend for themselves.

Now in its 14th year, the NCF Telethon has been able to raise close to its $200,000 target each year, which goes towards social programmes targeting youth at risk, the homeless and elderly, providing education medical assistance and education scholarships and comfort to disadvantaged people, among other areas.

While the annual $200,000 pales in comparison to the NCF’s annual budget – the education budget alone exceeds that figure – the telethon is used as a flagship event to raise funds for those who often have nowhere else to turn when hard times hit.

As such, and mindful that every ounce of support goes towards making our collective community better, Saint Lucians are being asked to give generously by making a financial or other form of pledge to the NCF’s cause.

In such a small community where everyone hears when a pin drops, it is often quite easy to recognize the struggles those who have nothing have to endure. But among us are shining, successful examples of people who were beneficiaries from NCF’s – and our – generosity who have gone on to pay it forward in various ways.

Over the years, the corporate sector has been seen as being the principal benefactor to the NCF’s efforts. However, there are citizens who make year-round contributions to the NCF. If only for this year’s Telethon, it should be incumbent on every Saint Lucian to put the ‘unity’ in ‘community’ by contributing generously towards building a better foundation for our nation.