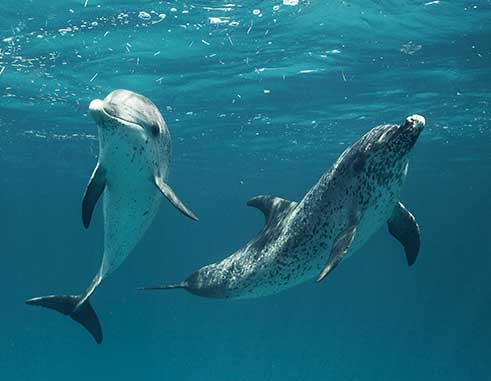 THE ongoing uproar with Saint Lucia National Trust and the proposed dolphinarium is an interesting case of the mixity of Saint Lucian law. Both St. Lucia and Quebec were established colonies of France with very similar administrative and judicial structures when the British took control. St. Lucia was formally handed over in 1814 and it was then agreed that French would remain Saint Lucia’s first language. It is ironic that the OECS Court has ruled that the Quebec Code be referenced for interpretation of Saint Lucia’s Civil Code.

Under our laws, if such a lease is an emphyteutic lease then the National Trust under Article 519 of the Civil Code, which existed at the time of the lease in 1983, has enjoyment of the immovable lease for the whole time legally agreed upon. The Saint Lucia National Trust can advise the investor to come back in 2082, in the next 65 years, and at that time they will reconsider the proposal.

This is the history of Pigeon Island, which was sold by the Government to Rodney Bay Ltd. on May 7, 1975. On November 15, 1983, Rodney Bay Ltd. leased the property to the St. Lucia National Trust for 99 years. On August 1, 2000, the Government of Saint Lucia under the leadership of Dr. Kenny D. Anthony purchased the property from Rodney Bay Ltd. for $ 1.00, and because the lease existed, had to agree to the continuance of the terms of years created by the lease and duly observe and perform the covenants, conditions, stipulations and provisions therein contained in the lease.

Maybe the Saint Lucia National Trust should look at the lease to see what covenants, conditions, stipulations and provisions are contained in the lease. Just maybe, they may find out that they have real rights under our Civil Code and that the concept of enjoyment of the immovable lease for the whole time legally agreed upon is enshrined in law. In essence, the Saint Lucia National Trust decides what development takes place on Pigeon Island for the next 65 years. For ease of reference of the lease, it can be found in the Office of Deeds and Mortgages in Volume 136 A or No. 14221 and it was registered on November 22, 1983.

Despite all the rhetoric, we have to start with the assured premise that St. Lucia is not a rogue state; we are a country governed by the rule of law. I am firm in my belief that we have strong democracies in the Caribbean, with demonstrated great resilience. We have had a coup in Grenada, an insurrection in Trinidad, two election victories in Grenada of 15-0, a 36-0 and a 33-3 electoral result in Trinidad, a 16-1 in Saint Lucia, and recently 35-4 in the Bahamas. Democracy is strong and will remain strong among these blessed islands of the sea.

We have a Physical Planning and Development Act that governs every type of development activity in Saint Lucia. Every government project and every private sector project is subjected to that law. The Act provides for the establishment of a Development Control Authority which has a Board and Technical Staff. The present Board is now headed by Mr. Clem Bobb and we have a very competent group of professionals as the technical staff.

There is a process outlined in the Act, which every developer must follow. It is to be noted that there are only two entities that can give approval of an application for development. The DCA is empowered to approve a development under Section 23 and Section 25 also empowers Cabinet to approve of a development. The Minister responsible for Planning can call for an application which can be sent to Cabinet for determination, but this can only be done when all documents required by the DCA have been submitted.

This is very important to note, the law says that Cabinet must be provided with all the documentation required before it can sit to determine an application for development. This means that the structural drawings signed off by a locally-registered engineer, the architectural drawings signed off by a locally-registered architect, the electrical drawings signed off by a locally-registered engineer, the approval of the Ministry of Health, the approval of the Fire Services, the submission of the EIA based on the Terms of Reference proposed by the DCA, the approval of SLASPA and Ministry of Aviation if the development is close to an airport, and ownership or approval of the owner of the property — all must be submitted before an application for development is considered.

Developments are not approved by artist impressions and, thus, commentary before all the documents required by the DCA are submitted is improper and premature. This simple advice goes to both sides of this discourse. Whether it is a race track, a hotel or a dolphinarium, no government minister, no government official, no private developer can proclaim that a project will be done in a particular location. The DCA must subject all applications for development to the full technical appraisal required by law and failure to so do is in my view, misconduct in public office.

[John Peters is not a lawyer and his comments are based solely on his research of public documents and an appreciation of the English Language.]