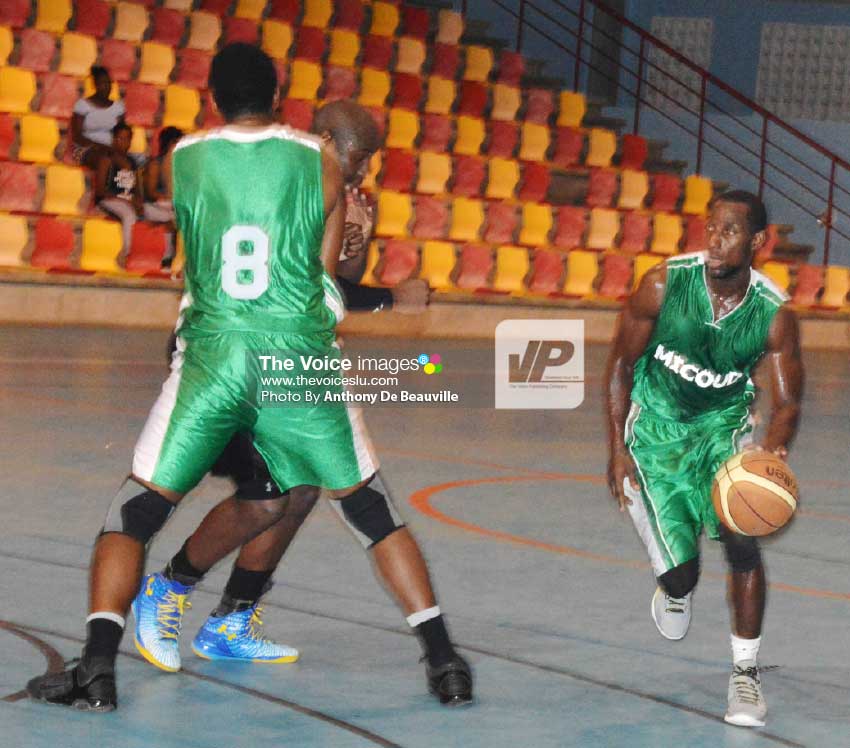 THE action continues this evening in the National Basketball tournament organized by the Saint Lucia Basketball Federation in collaboration with Kentucky Fried Chicken with four games split between the north and the south of the island.

At the Vigie Multipurpose Sports Complex in Group A, Combined Schools play newcomers Bonne Terre from 5:00 p.m. while The Mornecome up against Canaries at 7:00 p.m.

In the first Group B game for the tournament, Dennery take on Police from 5: 00 p.m. while Vieux Fort will come up against the 2016 runners-up VBCC Warlords at 7:00 p.m. Both matches are scheduled for the Vieux Fort Court.

On the opening match of the tournament played on Wednesday, reigning National League Champions Court Jets demonstrated why they are the perennial title trophy holders by asserting their dominance in Group A from the first whistle to the final buzzer, defeating Micoud 71-31.

Micoud’s Daniel Moses with 10 points and 2 steals was the only player for his team to post double figures throughout the lopsided matchup.

On centre court, the turnovers were a major issue for both teams with Courts Jets recording 20 and Micoud 28.

Matches resume on Monday at the VMSPC as Courts Jets 2 meet BFTF from 7:00 p.m.