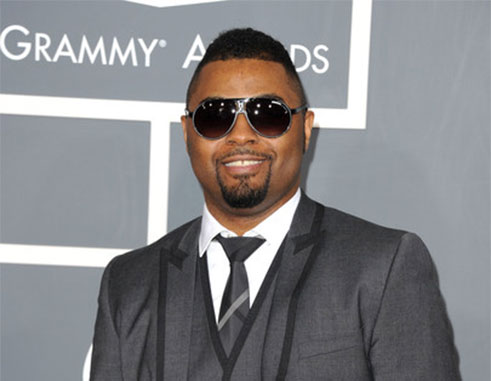 JAMAICAN reggae sensations Christopher Martin and Etana as well as American crooner MusiqSoulchild will be featured on the line-up of the island’s first-ever Roots & Soul Festival under the Soleil brand.

The Roots & Soul Festival will be staged at Pigeon Island National Landmark from June 17–18.

Kayo, who is based in Halifax, Canada, will make the trip home to be part of the festival. The artiste is signed to EMI Music in Canada and, is making a name for himself and recently released Lost & Found, a joint album with Quake Matthews and Nowhere, an EP exclusively produced by Yogidaproducer, featuring songs like Bakara ft. Infinate&Nagato ft. KardinalOffishall.

Musiq Soulchild brings his brand of neo-soul to the festival with hits like Just Friends,Love, Half Crazy, Better Man, and Chocolate High, a duet with India.Arie.

Etana, considered the leading contemporary voice in reggae music, is set to wow her fans at the festival with her blend of conscious reggae, lovers’ rock and pop. Some of her hits include I am Not Afraid, Blessing, People Talk, and Reggae. The strong one has a legion of fans in St. Lucia, especially the ladies.

Christopher Martin, whose hits include Cheaters Prayer, I’m A Big Deal, Under the Influence, and a reggae cover of Let Her Go by British singer Passenger, is also set to take the stage for Roots & Soul.

CEO of Events St. Lucia Inc., Thomas Leonce, says Roots & Soul will see the same level of production and organization as the just-concluded St. Lucia Jazz Festival, which did not compromise on logistics, sound, lighting, catering and amenities for artistes, service providers, and patrons.

He explained that unlike what obtained in the past with different entities organizing Jazz and Carnival, these events are now under the Soleil banner, and the quality of the production will be consistently high.

Leonce says the Roots & Soul Festival is targeted primarily at a Caribbean audience. Noting that reggae music has a very strong and loyal fan base in St. Lucia, Leonce expects the artistes in the line-up to attract local as well as regional reggae fans, especially the Martiniquans, who love reggae music.

He is optimistic that MusiqSoulchild – who has international acclaim and appeal – will draw fans from North America, Europe, and the Caribbean.

Kayo also has a strong fan base at home, as well as in Canada, where he has made a name for himself as a recording and performing artiste in the hip hop genre.

According to Leonce, Soleil wants to encourage fringe events for Roots & Soul and all the other festivals under the Soleil brand. He says Events St. Lucia stands ready and willing to provide logistical and promotional support to local promoters, groups and organizations, using the same template for the fringe events organized for St. Lucia Jazz.

“We want to thank these sponsors for displaying confidence in the Soleil Summer Festival for this year,” Leonce said. “We are confident that as the (Soleil) brand develops, it will get bigger and better with time.”

Full details about Soleil, the Summer of Festivals, can be found at www.stlucia.org/summerfestival.