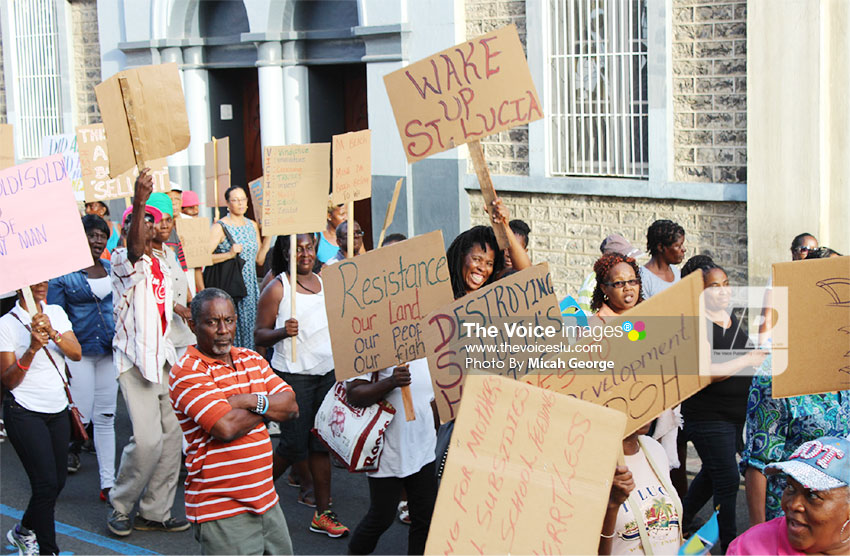 LAST Wednesday’s march organized by the Saint Lucia Labour Party (SLP) might not be their last if the government does not take citizens seriously, the party said.

The march saw thousands of St. Lucians taking to the streets of Castries to protest the ‘Pearl of the Caribbean’ project by developers Desert Star Holdings (DSH), among other issues.

“I want Allen Chastanet and the UWP to know this is the first warning and after tonight if he refuses to retreat from what we asked him to, we are going to have another one,” Laborie MP Alva Baptiste said at a rally on the Castries Market steps.

Saint Lucia, he said, will be in election mode should there be a third march.

However, SLP’s Political Leader, Phillip J. Pierre, said the next SLP-led march will be determined by the people, not by the party.

Former Prime Minister and Political Leader, Dr. Kenny Anthony, at Wednesday’s rally praised those who turned out for the march, saying that what they did was a small step for each one of them, but a giant step for Saint Lucia.

“You have to protect Pigeon Island because it belongs to you; it is your patrimony,” Anthony told the hundreds who stayed for the rally.

He said there were certain things Saint Lucians must keep, even though they will be losing money, because of their intrinsic value. Radio St. Lucia is one of those institutions, he said.