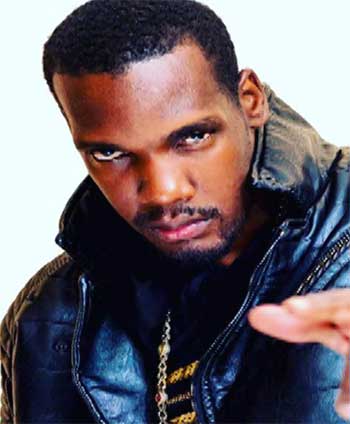 PRESS RELEASE – SAINT Lucia’s reigning Road March King, Mac 11, has released his first single for the 2017 carnival season. The song titled “Bend Up Your Back” is featured on the Ginger Ale Riddim produced by Ransum Records.

The song, a dancing instruction, highlights the artist’s versatility as it fuses the genres of soca and dancehall in a new style now popularly known as Socatrap.

Speaking about the new song, Mac 11 said: “It’s a real fun song I wanted to do specifically for the ladies.” He added that he was pleased with the feedback the song has received from carnival and music lovers.

Since the release of the hit song, “Bend Up Your Back” has become extremely popular and is now the buzz around town, and in clubs and parties. Its popularity has also led to the creation of a “Bend Up Your Back Challenge” where ladies from around the world have entered by simply recording a video of themselves dancing to the hit song and uploading on social media. The winner of the challenge receives cash prizes. Other prizes include cell phone credit and boat ride tickets.

Thirty-one-year old Mac 11 (real name Lance Montoute) is popularly known and began his musical career in 2002 dabbling in dancehall music before successfully crossing over to the soca genre. He is also a radio personality that has performed in several international shows, including, but not limited to Soca Frenzy in London in 2011 and appearances in Jamaica and Martinique, sharing stages with huge international artists like Sean Paul and Beenie Man. In 2016, he toured the United States for the first time alongside Power Soca Monarch Islah Man and was well received by hundreds of fans at shows in New York and Connecticut. Mac 11 continues to be a big favourite among many music lovers having already released a 2017 smash hit “Bend Up Your Back” which is the buzz around the island.

Mac 11 is represented by the Empire Media Inc. For bookings, dub plates and interviews, contact the team via email at the1empiremedia@gmail.com or on 17587289632.

The artist promises a slew of hits for the 2017 season.