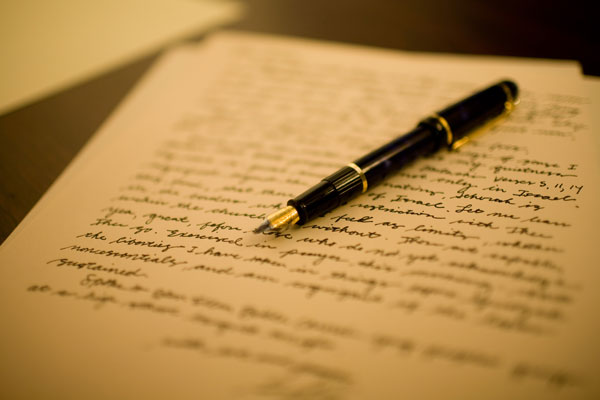 Dear Mr. Editor,
I have always loathed a bully and the St. Lucia Labour Party has all the characteristics of a bunch of bullies. Here is a party which just one year ago was booted out of office after it failed to satisfy the needs and aspirations of the people of St Lucia. It is now in opposition where it belongs but it continues to attempt to deny the wishes of the people and masquerades as though it is still our government.

The saddest thing is that we seem to be letting them do it. Has anyone ever really studied the Labour Party’s last tenure in office? Does anyone remember that their five years was a period of negative economic growth, high debt and unemployment, business closures, no investment, no transparency, no accountability, mismanagement and a list of other shortcomings? How is it that the St. Lucia Labour Party is now parading across the country as though it wants to get back into office? To do what?

The real irony, though, is that the biggest failure in the political history of St. Lucia, Dr. Kenny Anthony, who led the SLP through three terms and has nothing to show for it, is now among the leading voices in the Labour Party trying to stir up trouble, making all kinds of threats against the duly elected government.

Kenny Anthony is now in his fifth term as Parliamentary Representative Vieux Fort South, including three terms as Prime Minister. Look at the state of Vieux Fort today. Is there anything good there that the former Prime Minister can take credit for? The whole of Vieux Fort looks like a slum because it has deteriorated so badly under Dr. Anthony’s watch.

Phillip Pierre has represented Castries East for much the same time and for him the flagship of that constituency is not Entrepot, but Marchand. But look at the state of Marchand. What has Pierre achieved for that constituency? Mr. Pierre ought to be ashamed of himself with his constituency in the state that it is. With all the shootings going on there, has he been in the forefront of any attempts to quell the violence in which his constituents have been involved? Really, what has Mr. Pierre achieved for Castries East in 20 years of representation? Look at the state of the place, deteriorating more and more with each passing year.

The people of St. Lucia in June last year, for the second time, told Kenny Anthony that they did not want him, did not trust him and sent him packing. But he is back again trying to impose himself on the people. He and his party have learned nothing from last year’s defeat because they continue along the same path of trying to destroy Allen Chastanet in what continues to appear as a personal vendetta. I wonder what the suddenly vocal Church is saying about this. Is it right? Is it fair? Does not Allen Chastanet, having won an election, deserve to be allowed to run St. Lucia just as Labour was allowed to? Here is a man that Labour has spent the past four years trying to destroy and yet he shines brighter with each passing month. He won three challenges to his leadership in his party, then led it to a dramatic rout of the mighty Labour Party and they still do not understand that for better or for worse, this is the man St. Lucians want to lead them at this time.

I did not know much about Mr. Chastanet, but watching him and the way he has conducted himself in public, gives me a thrill because I for one have longed to see gentlemen in the seat of power in our country, people who will not be afraid to stretch out their hands to the opposition in the interest of the country. This is what we need. Not the rabble that is provided by Labour, with Ernest Hilaire being the latest attraction.

I watched Mr. Hilaire in Parliament during the budget debate. Yes, he was articulate, but he also came across as being quite arrogant with a non-stop tirade against the government that for the most part comprised personal attacks. And the Speaker must learn to put a bridle on this man because she allowed him to get away with too much.

All this talk about DSH is a smokescreen and I will tell you why. Any fool can see that it was the Labour Party’s intention, if they had won the election of 2016, to spring the DSH plan on us just as it was, immediately afterwards. I say so because it could not be mere coincidence that St. Lucians never heard about this project from the Labour Party. To compound matters, it is now in the public domain that the former Prime Minister had given “comfort” to another huge investment, again which he never told the country about, and promised to that investor even more land than DSH project envisaged.

Vieux Fort has languished as a ghetto town for too long. All those who now have found their voices to protest DSH were around during this era of neglect. These hypocrites tolerated Kenny Anthony’s lack of vision for the town and said nothing about it, but now all of a sudden everyone has a voice and they have gone and recruited to their cause (someone) who believes he has found something to put him back into the public’s favour. What a joke!

Really, the frequent calls within the Labour Party for transparency in the DSH matter is most laughable because to his credit, Allen Chastanet has given the public information on the project in a form and fashion we have never experienced in St. Lucia before. Imagine Hilaire in the House is calling for transparency. This must be the joke of the year.

I do not want to see the DSH project end up as a political battle, although the SLP has already made it one. But maybe the ruling party should call out its support onto the streets, although with so little effort it might have already done so in Vieux Fort last week.