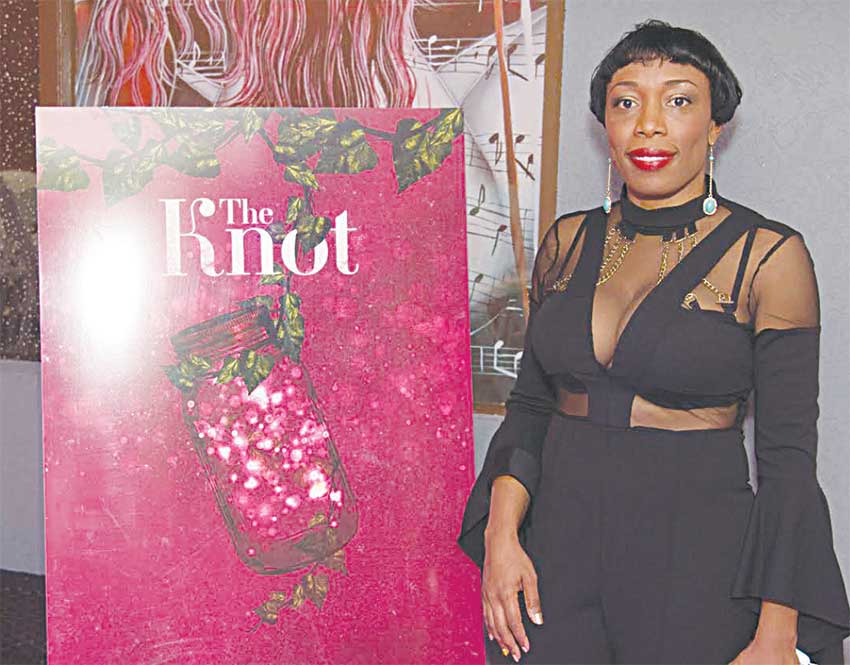 PRESS RELEASE –  FILMMAKER Davina Lee’s latest project, “The Knot”, premiered at the Zen Nightclub in Rodney Bay on May 11.

The film, which deals with love and magic, got overwhelming positive reviews from the guests in attendance, including members of the diplomatic and arts communities as well as government officials.

Speaking at last Thursday’s launch, OECS Director General, Dr.Didacus Jules, applauded the inspirational work of Lee and was confident that “The Knot” would help further showcase to the world the immense creativity within the Caribbean while inspiring a new generation of filmmakers. He also stated that it was important for us in the region to tell our own stories, instead of letting it be told by others.

In speaking about the process of getting the movie made, Lee stressed the importance of having a great team. She referred to them as ‘ride or die’ in an effort to describe how loyal and committed they were to the project, working 16-hour days back-to-back, showing no signs of exhaustion.

She made special mention of her Production Manager AshlineSankar-George, Assistant Director Katherine Atkinson, Director of Photography Erick Claux-Bertini and her mother Jacintha Annius-Lee, who served both as an actress and a financial supporter of the project. She made it clear that without them and their commitment the film would not have been what she wanted it to be.

The film stars KaziaAurelien — who also worked with Lee on her previous project, “The Coming of Org” –, Naja Simeon, Jacintha Annius-Lee and Stephenson Anius.

In describing the actors’ performances, the director stated that they all embodied their roles fully after weeks of getting to know their characters from the inside out.

According to Aurelien, “Working on ‘The Knot’ was a rewarding experience that gave me an opportunity to add another project to my growing list of accomplishments. I didn’t know what to expect at first. But I knew that Davina and the team around her were very capable of doing the task at hand and their contributions exceeded my expectations.”

Lee noted the support of the corporate community in their assistance of the arts community. She made mention of LUCELEC, Barbay Limited, Zen Night Club, Indulge Saint Lucia, Azuk Events, RJB Hotel Supplies, Fineline Graphics, Envisionz Photography and Bay Gardens Resorts, thanking them for their support of the film’s launch.

The film was recently officially selected for the Caribbean Lens International Film Festival which takes place in June in Los Angeles, California and is currently being submitted to various festivals around the globe.