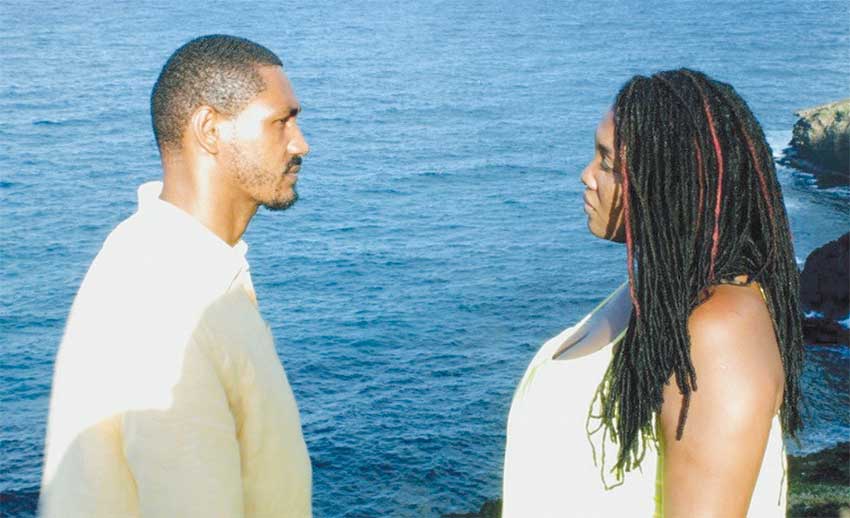 “The Knot” is a story of a couple who are scared to lose each other’s love. They decide to secretly turn to magic for help but that comes with its own issues. The film draws on Saint Lucia’s traditional stories placed in contemporary times. It is partially based on a true story, retold by a priest a few years ago, about an experience of a real-life couple who tried to bind each other with magic.

This film was produced with support from the Competitive Business Unit (CBU) of the Organisation of Eastern Caribbean States Commission which provided partial funding under the 10th European Development Fund. Assistance was provided as part of the work programme of the creative industries sector at the CBU.

OECS Director General, Dr.Didacus Jules, applauded the inspirational work of Lee and was confident “The Knot” would help further showcase to the world the immense creativity within the Caribbean while inspiring a new generation of filmmakers.

“The creative industries as a whole is not only unique in its ability to transcend cultural and geographic boundaries but is a large global employer and a significant contributor to economic activity.

“The OECS has benefited socially and economically from the creative industries and we thank the European Development Fund for their assistance in supporting our young filmmakers in their artistic and entrepreneurial endeavours” said Dr. Jules.

Lee has been one of the most involved and creative filmmakers in the OECS over the past few years.

The production of the film took place over a six-day period from January 6-11, 2017 at various locations around Saint Lucia.

Lee said she was grateful for the support provided by the CBU for without it, “The Knot” would not have been produced at this time.

“The CBU asked what was needed within the film industry; we the practitioners in the region requested and received support with story and script development and production funding.

“The film industry is a burgeoning area in the Caribbean with a lot of economic potential, so it is encouraging to see that the OECS is at the forefront of such innovative (via its) support,” Lee said.