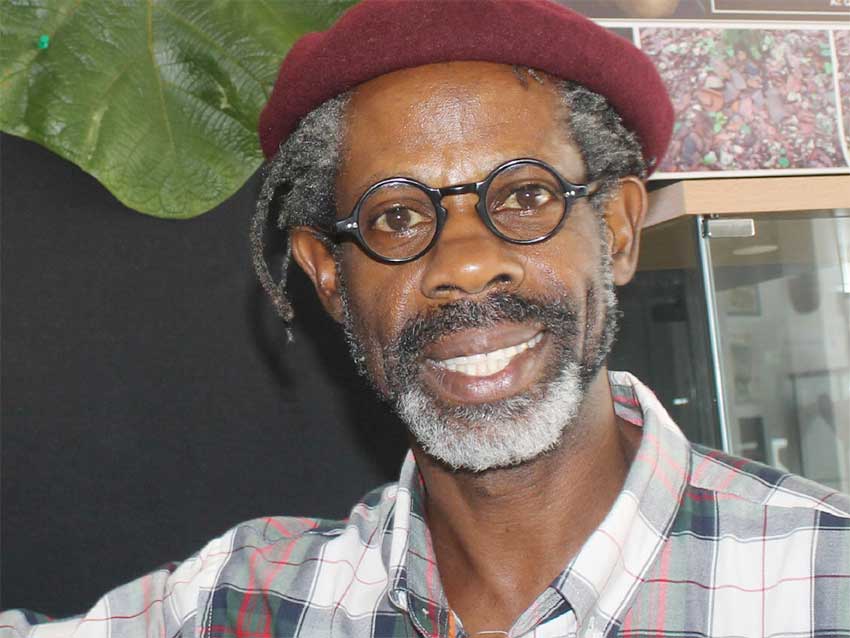 AS the rift between government and the St. Lucia National Trust continues to grow regarding the discontinuation of the Trust’s annual $700,000 subvention, one board member has boldly stated that he has no intention of backing down.

Speaking on the matter at the last SLNT Meeting at the Pigeon Island National Landmark late last month, Jean Pierre stood defiant against talks of allowing the government’s decision to go through.

He said the government’s argument that the Trust can fare well without the subvention, as they already make millions annually, is a fallacy and holds no weight.

Jean Pierre said: “Patrimony, culture-built heritage, national and cultural heritage, bio- cultural heritage is a web of life. We have the ethnosphere and we have the biosphere, and these two spheres together give the real web of life. It shapes us and we shape it as well. So when the government sets a National Trust up with a legal mandate to preserve, conserve and take care of our patrimony, it’s going to pay for it…it cannot just tell us ‘You do it and you pay for it!’ that will divert our attention. Our main focus is not fundraising; we fundraise as well and rightly so, but the government must put money where its mouth is. It’s like telling the police force to go fight crime and use your own tools…You’ve got to give the police force the tools to keep law and order. So we, therefore, need that money, which is not the government money, anyway; it is the people’s money to do the work of the people, which is to conserve and preserve the patrimony of the people.”

Jean Pierre said that by asking the Trust to fend for itself puts it in a situation synonymous to a recurring decimal.

He said: “When we now take our attention from our main focus and what we’re supposed to do and we start putting our energy into fundraising, something will suffer. This is exactly what happened to George V Park; the people up there told us that was one of the most beautiful places in Castries and everyone went there for weddings, First Communions and photographs and all of that. We left it alone for everyone to do their thing and look at the “léta” it is in today — look at the state! If you put money in taking care and the upkeep of this park, it would have been a beauty for not just the people of yesteryear, but for us today and for future generations to come. So that idea about fundraising, for you to raise funds, what you’ve got to do again is you’ve got to build people in the business of raising funds. So that’s extra staff and resources that you need; that’s why I call it a recurring decimal. So you would have to raise more staff to do fundraising. Therefore, you would have to reduce your staff for conservation and all of that. Then you would have to get more staff, and so it goes on and on.”

The VOICE asked the outspoken Jean Pierre what he would advise the people of St. Lucia to do.

He said: “The people have to demand that the monies be allocated for conservation and heritage conservation.”

He was then asked for the next step should said demands be ignored. Jean Pierre said the next step would most certainly be litigation.

Jean Pierre said: “We have to take the government to court! We must litigate — take them before the bar of justice! I’m likening that to a subtle crime against the environment and a subtle crime against heritage conservation. If we have to take them to The Hague or to the U.N. — wherever we have to go internationally or regionally at the CARICOM level. We have to expose this kind of what I call infantile behaviour to the world and to the rest of the region so that our government can grow up! Because what I see is, for want of a better phrase, youth ventures but age considers, and if you have not considered it, this is a pedestrian move and so we need to nip that in the bud before it takes root.”

He said he understands that monies are scarce and there is belt-tightening and so a reduction following consultations and discussions would be more understandable; however, he said a unilateral decision is unacceptable and a form of bullying.