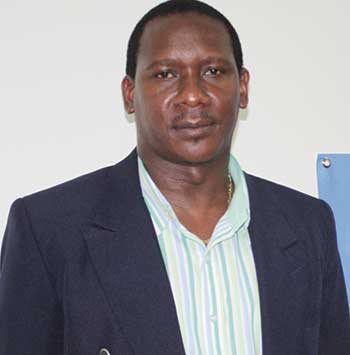 PRESS RELEASE – MINISTER for Equity, Social Justice, Empowerment, Youth Development, Sports and Culture, Lenard Montoute, has sent out condolences to families affected by the deaths of two young women following an accident which occurred on Saturday, April 29, in which eighteen-year-old Zhane Bianca Williams and nineteen-year-old Zina Omega Anthony both lost their lives.

Speaking to the media on Tuesday morning, current Acting Prime Minister Montoute said: “This was certainly a tragic incident. I would like to express deepest sympathies to the parents, family and friends of those who lost their lives and would like to continue to pray for the young man who was critically injured in that accident. One of the young ladies who lost her life is the daughter of my Permanent Secretary Donavan Williams and I know this is devastating for him and his wife, Jackie. On behalf of the government, I express heartfelt condolences to them both and also to the family of the other young lady whose father I understand is also part of the creative industries fraternity. At a time like this we need to reflect on and take stock of the fact that we are losing too many of our young people through violence and accidents.”

The Minister said that we must do all within our power to minimize such occurrences.

Said Minister Montoute: “I just want to say to all young people to reflect when those things happen and ensure you do all that you can. While accidents will happen, to the extent that we can avoid them, let us do so.”