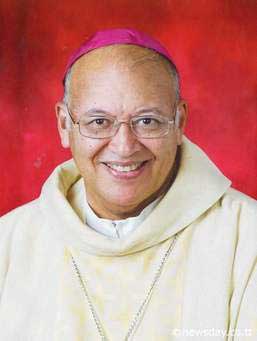 THE Archbishop of the Diocese of Castries, Robert Rivas this week drew the ire of many who suggest that the Church is blurring the proverbial line that separates the Church from State affairs. It is a charge for which the clergy might want to defend.

Nevertheless, the question must be asked: was the Archbishop’s statement on the controversial Desert Star Holdings Limited (DSH) development project merited, especially at a time when people seem to not only lose faith in the State, but the Church itself?

The Church’s contention is that it stands on the principle of social justice as far as the potential fallout from such a project is concerned. While the Church acknowledges that there might be inherent benefits from such a large-scale development project, it remains fearful that the country runs the risk of losing more in the long-run.

Citing Pope Francis’ 2015 Encyclical Letter entitled “Laudato Si – On the Care for Our Common Home”, which states that “public pressure has to be exerted in order to bring about decisive political action”, and that “unless citizens control political power – national, regional and municipal – it will not be possible to control damage to the environment”, the Archbishop’s missive seemed nothing less than being political.

The clergy’s concerns mirror those already being expressed by many who think that while development is essential, preserving the natural environment and people’s livelihoods that might be lost to potentially dangerous planning, might further erode the fabric of socio-economic lives of citizens.

However, critics argue that the Church’s public statement was tantamount to taking political sides, especially when its officials are seen participating in protest marches that rail against the political machine backing the abovementioned development project. As such, the Church’s critics contend that the Church itself was being hypocritical in its own actions by choosing to speak out on matters selectively.

Historically, politicians and the clergy here have locked horns sporadically when it comes to advancing national progress. One famous Prime Minister was quoted as saying that the Church should focus on saving people’s souls while the government takes care of their bellies. Ironically, that same Prime Minister saw to it that the very concerns the Church – and other sections of the citizenry have regarding the environment – resulted in the piece of legislation in 1975 that sought to protect the environment.

Notwithstanding the Church’s concerns, that establishment must also do some introspection, especially as it relates to addressing the plethora of social ills that continue to fester in communities still in dying need of the Church’s charity. At best, the Church must see itself as equally a meaningful contributor to reducing poverty and crime and feeding souls spiritually and nutritionally as it does in seeking to be the moral standard.

In many countries, including the United States, the Church is such a formidable force politically – despite its many scars that show up daily. Politicians often associate themselves with churches to garner votes during their campaigns because parishioners usually vote where the clergy tells them to. But that’s not the norm in our jurisdiction and might not be for some time. Unless, of course, recent developments in the country have forced the local Church to change that culture.