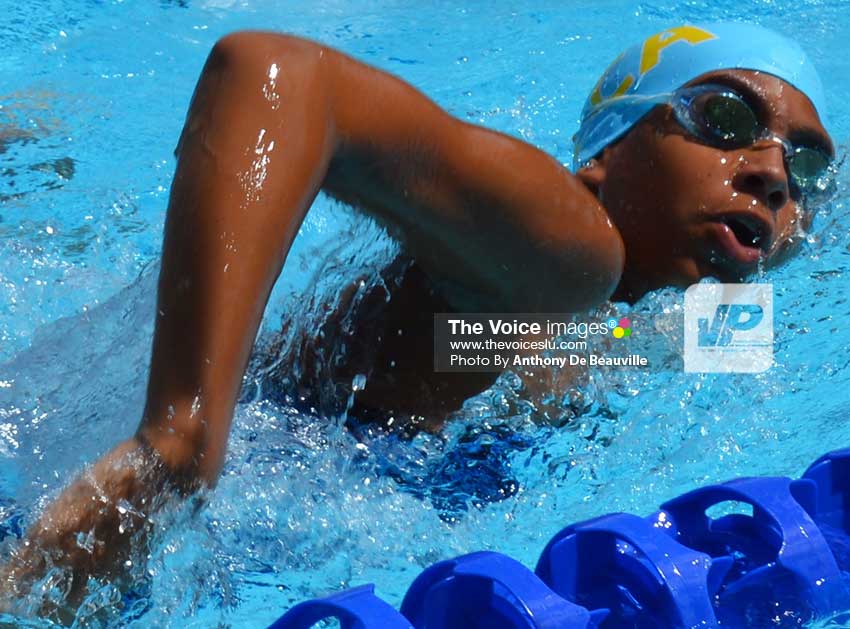 HUNDREDS of young swimmers from the Caribbean are currently in Saint Lucia participating in a major championship with support from Flow, Saint Lucia’s leading telecommunications.

The meet is being held under the theme ‘Friendship Through Competition’ and will draw well over 300 athletes from across the region, including swimmers from host country Saint Lucia, Antigua and Barbuda, Grenada, Barbados, Saint Vincent and the Grenadines, Trinidad and Tobago, Guyana and Saint Maarten for four days of thrilling swimming action and intense competition. A swim team from New York City is also expected to compete.

Flow is providing complimentary high-speed Wi-Fi service at the venue and technical support to facilitate the broadcast of the event live on Winners TV, available on Flow TV and via live stream, along with tents and free branded merchandise.

Flow has long been an avid supporter of Saint Lucian swimming, having sponsored Saint Lucia’s national team to the OECS and CARIFTA Swimming Championships. Flow has also partnered with the Sea Jays Legends Swim Club, one of Saint Lucia’s longest established swim clubs, to help its swimmers compete in regional meets, including the Commonwealth Youth Games and the CARIFTA Games.

Flow Saint Lucia Acting Marketing Manager, Terry Finisterre said: “We are excited to partner with the Rodney Heights Aquatic Centre for the RHAC Invitational. Flow prides itself in being at the forefront of developing and nurturing local athletic talent. This is more than a sponsorship; it’s an investment in the future of Saint Lucia’s up-and-coming swimming stars to help enhance their athletic development and personal growth.”

Managing Director of the Rodney Heights Aquatic Centre, Dr. Diane Worrell said: “We are very grateful to Flow for their generous support. It will go a long way towards making the tournament a success. The RHAC Invitational prides itself on its continued focus on athlete empowerment and building a positive swim community, and developing top class swimmers who can later go on to proudly represent their country.”

Swimming fans and the general public are urged to come out in large numbers to enjoy the four-day action-packed pool event and cheer on the Saint Lucia Swim Team which is set to come up against some of the Caribbean’s best young swimmers in races ranging from 25-metres sprints to long distance 1500-metres freestyle.