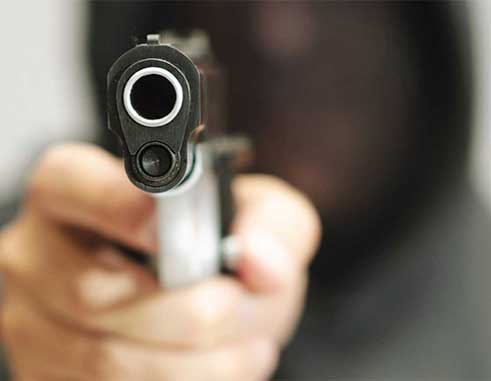 THE manager of a Dominican netball team who says she was held up here by an armed gunman and robbed of $14,000 on Good Friday has accused local police of not doing enough to track down the thief.

Fiona Vidal is quoted on The St Lucia Times website as saying: “I find enough wasn’t done – I mean they (the police) should have patrolled the place, for example. The only thing they did when that happened was a drive around – just driving around, not even walk around to see if they threw the bag in a gutter.”

The Dominica under 16 netball team arrived in St Lucia on Friday. After complaining of being hungry members of the team visited a fast food outlet in Castries, after they had checked into their guest house. As manager, Vidal said, she accompanied the players to the restaurant

She added: “I am the manager, I was the one with the cash because we just came in, there was no way I could put the cash in the guest house or anything – we had just landed,” she stated.

Vidal said after placing the orders at the restaurant, she opened an envelope and paid $300 at the cashier.

It was on the walk back to the guest house that the incident took place. Vidal said while walking, it was noticed that a netballer was lagging behind, whereupon a coach told her to come up front.

“About two minutes after speaking to the child I just felt someone tugging at my bag, so I held on to it,” the team manager recalled. “When I turned around I just saw a tough, dark Rastaman with a gun pointing at me,” Vidal said.

She said the man kept telling her in kweyol to let go of the bag and give it to him. Vidal said she held on to the bag, but realizing that the man was “so desperate”, she let go of it. The robber then fled.

Vidal revealed that the bag contained over $14,000, including her personal cash and other valuables, including a credit card, her travel documents and her mobile telephone.

She said the girls who were with her were traumatized by the incident, but still went ahead and played their scheduled matches here.