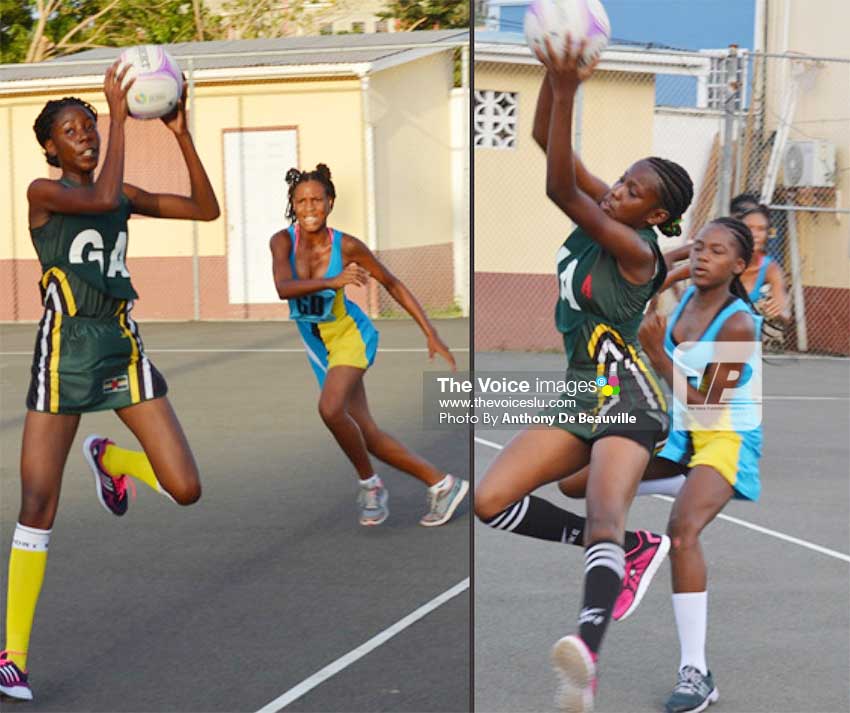 DESPITE being robbed at gunpoint of over $14,000 in cash and other personal belongings after having dinner at a fast food restaurant in Castries, the Dominica national Under-16 netball team ended their tour to Saint Lucia in convincing fashion by defeating all their opponents.

On the final day of their tour, the visitors rested most of their top players but were still able to defeat St. Joseph’s Convent Egrets 24-12. They returned in the evening to dispose of the Saint Lucia National Under-16 team in a 38-28 match. They also defeated Saint Lucia in Game 1 by 43-23 on Saturday evening. All matches were played at the Vigie Multi-Purpose Sports Complex.

Like in their previous matches, the energetic Dominicans jumped to an early lead at the beginning of the first quarter, and though Saint Lucia clawed back in the game gingerly, they were able to maintain their advantage to end slightly ahead by 13-6.

The start of the second quarter saw Team Saint Lucia playing with a bit more purpose and determination, but in the process was guilty of making too many erratic passes. They repeatedly turned over the ball as Dominica continued to pounce on the resulting advantage to end the first half 23-14 as they outscored their opponents 10 goals to 8.

The third quarter commenced with a more rejuvenated and aggressive Dominica team taking the court and playing and smart netball. Their skill and brilliance came to the fore as they looked to close out the game. Indeed, Team Saint Lucia was being outfoxed by their centre court play, which repeatedly was able to get the ball into the shooting circle at will. This, coupled with many defensive blunders, resulted in Dominica outscoring Saint Lucia 10 to 6 to finish the quarter strongly on 33-20.

The fourth quarter almost mirrored that of the previous evening as fatigue gradually began to take its toll on the players. Saint Lucia showed glimpses of brilliance to outscore Dominica 8 goals to five. Nevertheless, Dominica determinedly held on for the win, despite their poor showing in the final quarter.

For Dominica, CelenaLanglaise was in fine form, netting 29 from 34 attempts. She was assisted by Kayla Telemaque scoring 9 goals from 12 attempts.

For Saint Lucia, Megan Nestor had 8 goals from 17 attempts, Ariel Leonard 17 from 20 attempts and Dasha Eugene 3 from 8 attempts.