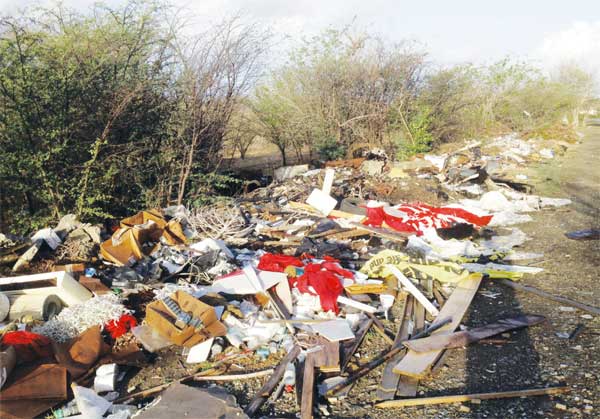 THE Castries Constituencies Council (CCC) wants to take over garbage collection within the city and has prepared a proposal to the Cabinet of Ministers to that effect.

“We are now making a plea to Cabinet for the CCC to take over garbage collection in Castries North, Castries East, Castries South and Castries Central,” Mayor Peterson Francis said.

While details of the proposal were not revealed, Francis said he was fed up with the untidiness within Castries caused by garbage strewn all over the place and has decided to do something about it.

At a press conference yesterday, he expressed his displeasure with certain government agencies charged with enforcing the rules and regulations dealing with garbage collection which of late appeared to have dropped the ball, resulting in complaints about garbage within the city.

“Over the past months, there have been several concerns over untidiness and garbage collection in the City of Castries and extended communities,” Francis said. “Members of the public have been calling several talk shows stating their concerns, in addition to newspaper stories which indicate the same.

He added: “While we understand the reactions and share some of the concerns, I need to state abundantly that we (CCC) are not responsible for garbage collection. This was so some years ago but those contracts were taken away and given to private contractors as per Cabinet Conclusion. It is those contractors who are failing to provide the service required and we urge them to live up to the contractual obligations.”

Justin Sealy of SLSWMA said the CCC believes it could do a more efficient job in collecting and disposing garbage within the city because of the resources it has hence its interest in taking over the particular zones within the Castries basin to haul garbage.

He said the situation with garbage in the city was as a result of people piling garbage community bins with green waste, construction waste, and waste from drains among others. The bins, Sealy said, are only for domestic waste.

He mentioned certain areas, like Morne du Don, for example, where garbage is always on the ground due to bins there being filled with all types of waste which they were not built for.

Francis lamented the view the public has of the CCC as an organization that must act as health inspectors, garbage collectors and enforcers of laws dealing with the proper disposal of garbage and, the environment when there are government agencies empowered by law to do such.

Should the CCC win its bid for control of garbage collection, that particular task will not be conducted on the same lines as before, promised Francis.

“This time around, it will not be the usual collection of garbage. People will now be accountable for their garbage,” Francis said.

The CCC hopes to bring on board an environmental officer who will traverse the communities in Castries educating people about the importance of their surroundings and proper ways of storing and disposing garbage.