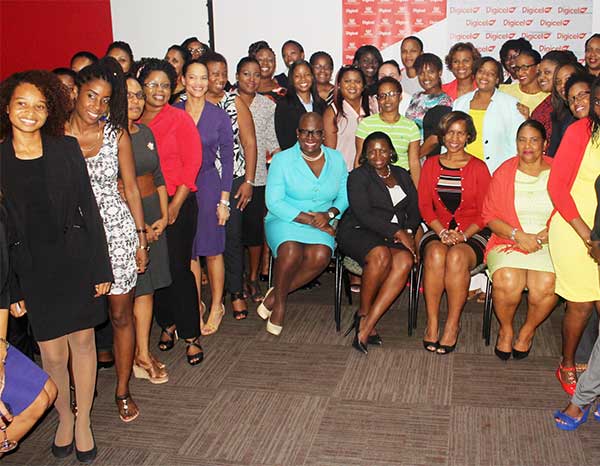 SAINT LUCIA is making small gains in reducing its unemployment levels but the rate of joblessness in the country remains high.

According to the latest figures from the Central Statistics Office (CSO), the unemployment rate at the end of December last was 21.6 percent, with 22 percent given for the previous quarter.

In February 2016, then Prime Minister Dr. Kenny Anthony quoted an unemployment figure of 20 percent. The following month, however, the Caribbean Development Bank (CDB) estimated the rate at 25 percent, the second-highest in the region after Grenada.

The high unemployment rate drew a statement of alarm from Archbishop Robert Rivas, who said that at some time in the future, clergymen hoped to sit with new Prime Minister Allen Chastanet and members of his Cabinet to discuss the matter.

The Central Statistics Office yesterday placed youth unemployment rate at 43.1 percent at the end of last year. Youth, for the purpose of the statistics dealing with the labour force, are defined as people between the ages of 15 and 29 years old.

Government recently began using the high unemployment rates to justify investment projects which have turned out to be controversial. The biggest of these is the ‘Pearl of the Caribbean’ development in Vieux Fort. These initiatives have resulted in a fierce debate over job creation vis-a-vis the preservation, conservation and overall protection of the country’s marine resources, ecological environment and protected areas.

According to the latest figures, unemployment among males is at 19.4 percent while among females it is 24.0 percent. The number making up the employed labour force is 82,075, of which 45,439 are males and 36,636 females.

There are 22,562 persons who are jobless, meaning unemployed people who want work, with 10, 970 of them males and 11,592 females. People who are unemployed but not seeking work number 4,062, according to the Central Statistics Office.

With an estimated household population of 174,570 as of the end of last year, the labour force as a percentage of the total population stands at 59.9 percent.

At the end of last year, government employees stood at 12,113, of which females dominated numbering 7,150, and males 4,962. Further, 1,171 people were employed with statutory boards within that period and the private sector registering 44,413 employees.

Females continue to dominate in several sectors of the economy, such as in the wholesale and retail trade, with a whopping 61.3 percent. They also edged out the men in accommodation and food service activities, registering 51.3 percent.

Women also hold more jobs in the financial and insurance activities, with 51.5 percent and control activities in the real estate department by an impressive 100 percent. They also dominate in the education field (78.8 percent) and in human health and social work (70.1 percent). They also set the pace in the arts, entertainment and recreation by 52.1 percent.

In the CSO’s ‘Other Service Activities’ category, women dominated that group by 59 percent and register a 93.4 percent in the ‘Activities of Households as Employers’ category.

Women also lead in several occupation groups, such as managers and more of them are in this group than men. The CSO said there are 61.4 percent of women in that group.
Even as professionals, women are in higher numbers over their male counterparts (59.1 percent). As technicians and associate professionals, they are also in larger numbers, edging out their menfolk out by 51.8 percent. As clerical support workers and service and sales workers, they are also in the majority with 67.6 percent and 63.9 percent respectively.