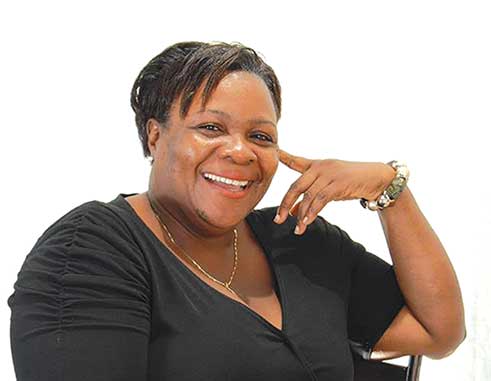 WOMEN in positions of power, especially those heading various departments within the country’s social service, yesterday were reminded that while they celebrated International Women’s Day they should be cognizant of the struggles many women and girls are presently going through and stand up for them.

They were asked to stop paying lip service to the plight of women and do something about it because they are in positions where they can get something done to ease the burdens of their own kind.

Catherine Sealys of Raise Your Voice St. Lucia Inc. yesterday told The VOICE that while celebrating women and their many worthwhile endeavours was wonderful, thought must be given to the injustices many women and girls in the country are presently experiencing.

Women, she said, must not only stand up individually but collectively as well to fight their cause. She was particularly critical women in certain positions who can make a difference in the lives of womenfolk in the country but who continually refuse to use the power their positions give them to do so.

She made mention of women in positions of permanent secretaries in the various government ministries, directors in various organizations, groups, companies and so on saying they were not doing enough to ease the plight of women in general. The women who manage the various social services in the country came in for particular mention as poor defenders of the dilemma some women face.

Sealys was not the only one to reflect the issues that confront many women in St. Lucia yesterday. Gender Relation Minister Gale Rigobert also went in that direction.

“It is also a time to reflect on long standing as well as emerging issues that continue to confront us as we strive to create a more gender inclusive society. Notwithstanding the many milestones achieved, women continue to face major challenges. Persistent and acute poverty, violence in both public and private spaces, gender stereotyping and discrimination and other new or emerging challenges such as the impact of climate change, the hazards of natural disasters and the uncertainties of world economies on their livelihood,” Rigobert said.

She added: “We are all challenged to Be Bold For Change and confront bias and inequalities for a more inclusive society, campaign against the devastation of violence on women and children, champion women’s advancement by legislating change and advocating for equity in leadership roles, especially at the highest levels of decision-making, recognize women’s achievements and promote them as role models and to encourage more women and girls to pursue studies and more lucrative careers in science, technology, engineering and mathematics.”

The advocacy group RISE (St. Lucia) Inc. was also mindful of the problems faced by many St. Lucia women when in its International Women’s Day message yesterday it called on the country’ leaders to be cognizant of women’s issues in their messaging and behaviour.

“Leaders must have, and demonstrate, a mindset of respect for, and empowerment of women, that will be reflected in their policies as well as in their daily lives,” the group noted in its statement.