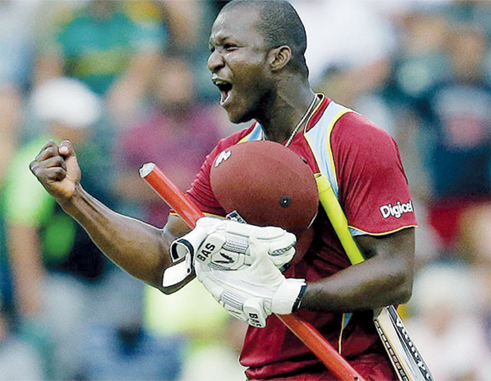 HONG KONG, Mar 15, CMC – Daren Sammy is leaving the decision about whether he plays again for West Indies up to the selection panel.

The former West Indies captain said he is available for selection for the West Indies team in the limited-overs formats for the upcoming series against Pakistan which features four Twenty20 and three One-day Internationals – in addition to three Tests.

Sammy has not played for West Indies since their stunning victory over England in the final of the ICC Twenty20 World Cup last April – but has indicated he would relish the opportunity to put on the burgungdy strip once again.

“I’m only retired from Test cricket,” he said. “I’m not retired from limited-overs cricket…I’m available for selection. The selectors have a job to select the team. We have a series coming up against Pakistan, (I’m) available for that and wherever my services are needed.”

At the same time, Sammy hoped the recent appointments of new chief executive officer Johnny Grave, new director of cricket Jimmy Adams and new head coach Stuart Law would cool the strained relations between the West Indies Cricket Board and several senior players over a controversial selection policy, as well as terms and conditions of engagement.

“I had some conversations with Jimmy,” Sammy said. “He has some good ideas for cricket. It’s all about everyone heading in the right direction because if Jimmy and Stuart don’t have the support to implement these ideas then it will still be a back and forth.