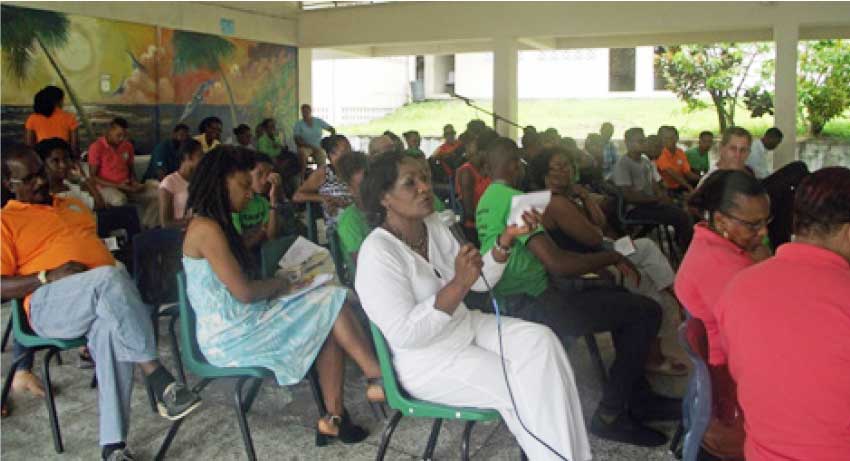 THE Saint Lucia National Trust is preparing to host its first Quarterly Membership Meeting, for 2017, this coming Saturday from 1 p.m. at the Bougainvillea Conference Room, Bay Gardens Hotel in Rodney Bay.

Trust Members and members of the public interested in learning more about our projects and programmes are encouraged to contact membership@slunatrust.org or 452-5005 to confirm their attendance. Please note that Secretariat Staff will be on hand to enroll persons who are not members.

There will also be an educational presentation on the Ma Koté mangrove and the developers of the proposed dolphin park at the Pigeon Island National Landmark will make a presentation and answer any questions members may have.

The educational presentation on the Ma Koté Mangrove will include a discussion of the importance of the mangrove as a Ramsar Site; and summary of a report that was undertaken by the Caribbean Public Health Agency (CARPHA) in November 2016 on the status of the Mangrove and actions being undertaken by the Trust and its partners to protect and rehabilitate this important resource.

The Trust has announced that a communiqué from the developer’s lawyer about the proposed development was received on January 18 and a subsequent meeting was held on February 15, between the developers and the Trust’s Executive in order to ascertain the nature and scope of the proposed dolphin park. The Trust subsequently received another letter from their lawyer outlining the terms and conditions under which they propose to lease 1.2 acres of land on Pigeon Island adjacent to the cemetery and 3 acres of sea bed to house their facility.

The Trust also received, from the family of the late Robert Devaux, an Open Letter to the Prime Minister. This letter is now in the public domain. It noted that there are ongoing discussions in the social media, including from Dolphin Discovery. There are also on-line petitions for and against the proposed dolphinarium.

Given the significance of the proposed development, the Council decided that this matter had to be brought to the attention of members for their guidance and instructions. “As is customary, we will collate our members and the public’s views on this matter, and issue a communiqué to the developers and relevant authority. The Trust reassures its members and the public that it will remain steadfast in fulfilling its mandate to conserve the natural and cultural heritage of Saint Lucia, and to promote values which lead to national pride and love of country,” the Trust said.