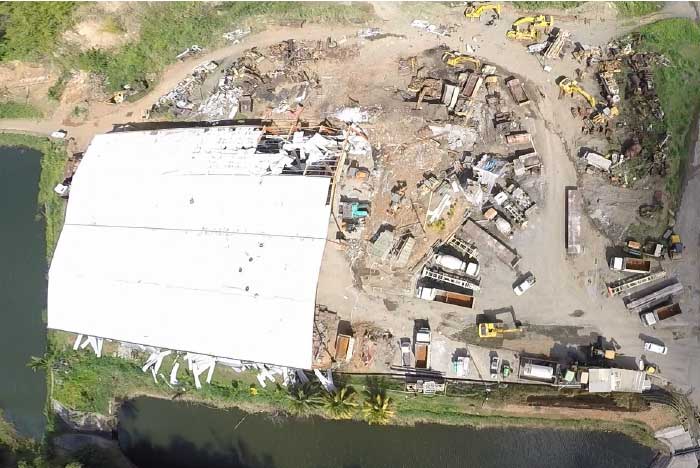 INVESTIGATIVE works are ongoing to determine the cause of the massive explosion at Ferrand Quarry in Cul-de-Sac last Tuesday afternoon which killed three people and wounded 31, some critically.

Two of the three died at the site of the blast, as confirmed by Dr. Stephen King, while the other died at hospital.

Samples and materials from the scene were collected by investigators for testing at a lab in Tulsa, Oklahoma, U.S.A., police say.

Joseph Joseph, Acting Fire Chief, whose men are part of the investigative team, said it is almost impossible to say what caused the explosion. However, he promised to share the information as soon as it becomes available.

Acting Police Commissioner, Milton Desir, confirmed the retrieval of samples at the explosion site for further testing through assistance given them by Dr. King.

“We were able to collect important samples they believe would assist in the investigation,” Desir said, adding that the explosion site was secured by officers of the Special Service Unit (SSU).

Meanwhile, Victoria Hospital has confirmed that eight of the survivors were hospitalized — four here and four at Lamina Hospital in Martinique — all of whom are in stable conditions and are closely being monitored.