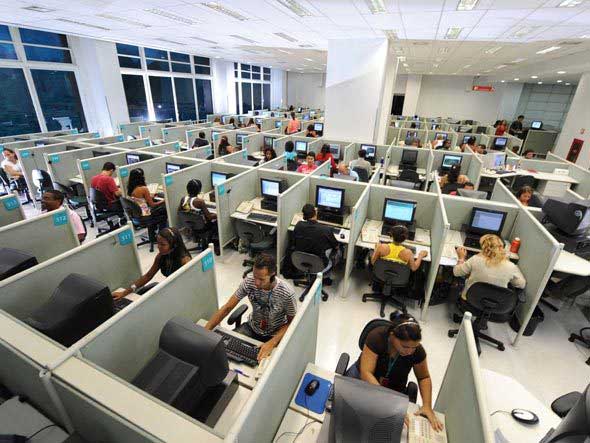 VIEUX Fort will soon benefit from an Artificial Intelligence (AI) Training and Call Center set to fully open in Saint Lucia in the last quarter of this year. The initiative is expected to generate almost 100 jobs at its initial launch set for August.

Co-founder of OJO Labs, Mr. David Rubin, made a presentation to the Cabinet of Ministers and Invest Saint Lucia on Tuesday where he explained the idea of having “a touch of the Silicon Valley in the Caribbean.”

The new initiative is set to revolutionize the real estate industry in the United States for which the Saint Lucia operation will provide support in ensuring that the AI system is effective.

Speaking with members of the Media following the presentation Rubin explained that OJO Labs was looking forward to working with the Government of Saint Lucia on the exciting project set for Vieux Fort. The Government, Invest Saint Lucia and OJO Labs have been working on this initiative over the last few months to bring it to fruition.

“We have some experience in my pervious company employing Saint Lucians on the north side of the island,” explained Rubin. “We employed 150 Saint Lucians in mostly call center operations and one of the things that really struck us with Saint Lucians was how good they were with computers and how good they were multi-tasking. It turns out that the latest company we have started, OJO Labs, is really on the forefront of what we call Artificial Intelligence.”

Rubin gave an overview of what the company does, stating: “We are building the first automated intelligence assistant for the real estate industry. The initial industry is real estate but it actually has applications across different industries. So it’s basically technology and neural networks that can respond to consumers’ questions and inquiries and do that mostly automatically.”

Mr. Rubin stated that part of the process is AI Trainers which is where Saint Lucia comes in. He said:

“We need to employ artificial intelligence trainers and so these AI trainers will actually be tagging communications from consumers and teaching the machine what the intent of those consumers are. Based on what we saw in our experience in employing Saint Lucians previously is we think they would be excellent at this job. We are going to combine that job with some opportunities on the call center side and think that we will be able to employ quite a few people down south and are quite excited about that.”

Minister in the Office of the Prime Minister with responsibility for Commerce, Industry, Investment, Enterprise Development and Consumer Affairs Bradly Felix spoke about the quality of the investment coming to the island. He said “What really struck me was the talent that David identified in the people of Saint Lucia as it related to their ability to adapt and work very skillfully on computer applications,” noted Minister Felix, while also thanking the investor for his confidence in Saint Lucia.

OJO Labs stated its commitment to providing world class training to Saint Lucian employees in leading edge technology domains and will also endeavour to create a center with the look and feel of a Silicon Valley technology office. This, the company hopes, will showcase Saint Lucia and help to grow the local AI training and call center industries.