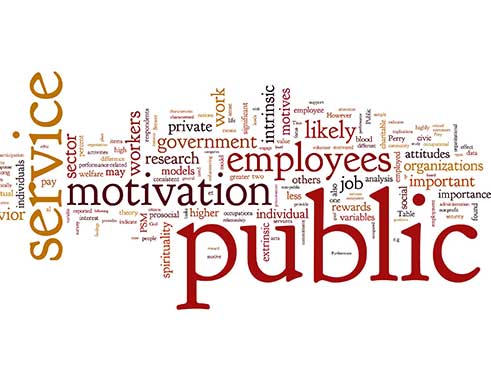 IT is widely accepted that the St. Lucian Public Service is replete with inefficiency. Motivated by a FACEBOOK post by former Senate President, Mr. Claudius Francis, I find myself driven to articulate what I have discovered may be one of the major reasons a culture of inefficiency and lack of passion, has thrived and continues to persist in the Public Service.

Former Prime Minister (PM) Kenny Anthony once intimated words to the effect that the Public Service has many persons with degrees (coincidentally in the field of management) who could not manage, and would therefore need to be retrained (Sandford-Belle Presents). Was this the former PM’s way of saying that a degree may not necessarily be an absolute proof of competence? Whatever he may have meant, I wholly accept this speculation on his words as fact, and will dare an attempt to elaborate. In the very same interview the former PM went on to reveal that Government Departments were far better managed in times past, when there were fewer university graduates in Public Service. Something, which once was, and is now lost.

I have discovered that a large number of public servants who have pursued degree programmes (often in management studies), were often not the most driven, neither the most knowledgeable, nor had exhibited any exceptional dedication to performing their ‘pre-degree` duties. Rather, additional responsibilities are often mounted on the backs of the more effective individuals in an office, whilst the new scholar spends his time on the job completing school assignments, with the assurance that upon the completion of his course he will be ahead of his hard working colleagues for any consideration for promotion. At this point one might ask whether the writer’s intention is to portray education as a worthless venture.

A more pertinent question is what does it really mean to be educated? Sir Arthur Lewis, rightly, identified education as the way out of poverty, and not necessarily certification. A degree is suppose to indicate that one has obtained a level of knowledge and analytical ability which empowers him to rationalize at a much higher level than someone who does not possess such certification. Therefore, I dare state that a person so certified but unable to exhibit such qualities is as a matter-of-fact uneducated, and a person who does not possess a degree but is able to exhibit such qualities is a de facto educated individual.

This writer is in no way trying to bash certification. Indeed I know of many credentialed public servants who consistently produce high quality work. The caveat here is that these individuals exhibited very high levels of efficiency way before the acquisition of their certifications. Rather, the focus here is on public servants who, unable to compete on share merit, pursue some course of study which allows them to return to the public service certified but still unproductive, under the circumscription of an aggressive bid for reward for their new achievement.

In the Public Service, where promotions are traditionally irreversible, care should always be taken to ascertain that the individual being promoted is the very best candidate for the job. Not only should his credentials matter, but his experience should also be considered. It should never be degree versus experience, but rather, degree with experience. The certified individual should always be aware that society owes him nothing for his certification, but rather, society should expect more and better of him.

Revelations from a group of Customs Officers have provided a most apropos illustration of how my expressed concerns are having a deleterious effect on their organization. I was informed that a Customs administrator had made the unwise statement that no Customs Officer III (the department’s work-horse) will be promoted to the post of Inspector I (the next step) if they do not possess a degree, and that senior officers will soon see their juniors become their supervisors.

There has yet to be a more de-motivating statement made to senior Customs Officers, who are now simply asking the question: if I will not be promoted regardless of how hard or how well I work, why should I bother?

Of the many complaints forwarded on the poor administration of the state’s largest revenue collector, there was one picture which clearly stood out: a Department which was once the most admired in the Caribbean is now little more than a sad story – both in-state and globally. The Customs Officers recall the days of Victor Girard and Malcolm Scholar, Comptrollers who did not possess degrees but whose policies and directives were valued as wise, sound and, like their stature, commanded the respect of all, including that of the Prime Minister of the day.

Subsequent Customs Comptrollers, with and without degrees, have been unable to measure to the legacies of their predecessors. As my interlocutors continued, I could see the perpetual hemorrhaging of this, once admired, Department. A most interesting revelation was the placement, by the Public Service Commission, of individuals who have no Customs related knowledge or training, in a key administrative position. Consider for a moment, a Department whose operations are so complex that, for most interactions, the average person requires the assistance of either a trained Customs broker or qualified lawyer. Factor in a key member of this Department’s administration who is incapable of giving any advice or guidance on relevant legislation and procedures. Someone who is unable to function in any of the few other administrative positions in the organization, and whose only qualification is his degree.

As Customs Officers patiently await the appointment of a new Customs comptroller, they have expressed the hope that the new boss will be an individual who, in addition to having an extensive and in-depth knowledge of the workings of the organization, along with some form of tertiary education, will listen and be open to being advised, one who will not see his personal opinion as being supreme and beyond fallibility, whose reputation will bring hope to the staff, and whose greatest qualification will not be his political affiliation.

Albeit there is a clear focus on public servants who obtained certification whilst employed, the problem is far more extensive, and beyond the scope of this article. There are those who, without any experience in the public service, have been placed at the head of Departments and Ministries. These persons often stay in these positions for years, until their dismal performances become intolerable, and are then simply transferred to another office. There also exist the problems of persons being promoted into positions which are totally unrelated to their certifications. Though not treated as such, it is exactly a case of a certified lawyer performing open-heart-surgery.

Much like that fatal mistake by the city of Troy, the idea of advancing University graduates ahead of everyone else, regardless of their proven ability or inability, has been unreservedly accepted by the Government of St. Lucia as the harbinger of an improved public service. Sadly, aided by a mass exodus of experienced public servants, the poor co-ordination of this experiment has made it an Achilles’ heel.