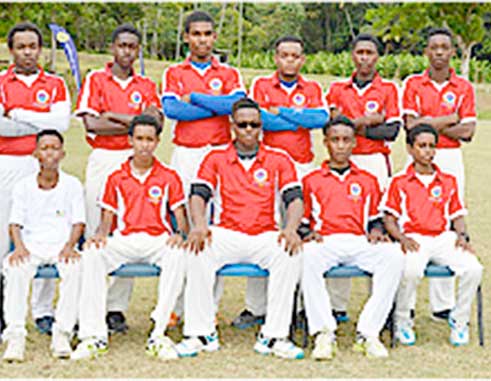 THE Massy United Insurance School Cricket Tournament, which bowled off yesterday with two matches, continues today at various venues around the island.

Now in its 31st year, the tournament is void of the usual cricket-o-rama but instead heads straight into the scheduled matches.

Twenty three teams placed in five groups will do battle for the championship when the finals is played on Saturday, April 1 at a venue to be decided.

Some of the Saint Lucia’s leading youth cricketers will be in action throughout the tournament, including Johnnel Eugene, Kimani Melius, Simeon Gerson, Jard Goodman, Keegan Patrick and Darcy Popo.

Meanwhile, with the March 1 deadline near, the Department of Youth Development and Sports reminds schools that the platform is open for registration for the Inter-Schools athletics championships.

There have been some major changes in the overall organization of the event. This time around, schools have been grouped into two zonal qualifiers. According to the Department of Youth Development and Sports, the cluster grouping was done taking into consideration the location of schools and those schools which registered participated last year.

On court activity, the Under-20 Male and Female Volleyball Championships have been rescheduled to Monday. Nine teams have registered in the male and six in the female categories.

Due to the number of teams registering this year, the female tournament will be only one round robin with the top two teams playing each other for the championship. Also, the semifinals of the inter-schools female football competition takes place today from 1.00 p.m. Leon Hess Comprehensive take on Soufriere Comprehensive while St. Joseph’s Convent play Vieux Fort Comprehensive at 2:00 pm. Both matches will be played at the SAB Sporting Facility.