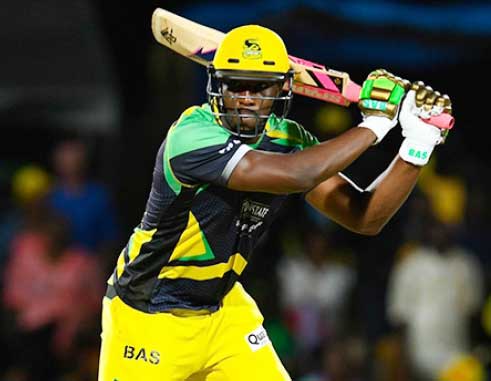 JAMAICA and West Indies cricketer Andre Russell banned for 12 months by the Independent Anti-Doping Disciplinary Panel for breaching an anti-doping whereabouts regulation over a 12-month period between March and September 2015.

A distraught Russell, who refused to comment, started his suspension on Tuesday. It will end on January 30, 2018.

Hugh Faulkner, chairman of the Independent Disciplinary Panel, concurred with the Jamaica Anti-Doping Commission (JADCO) that Russell failed to file his whereabouts, which is regarded as a failed test.

“The respondent is hereby sanctioned for a one-year period of ineligibility commencing January 31, 2017 and ending at midnight on January 30, 2018,” said Faulkner.

Russell, dapper in a black shirt with gold collar and cuffs to match the gold tinge at the top of his Mohawk, held his head in his hands upon hearing the verdict.

He walked out of the room shaking his head, swung his huge arm at an innocent pot of flowers, which swayed from the force of the breeze like a batsman taking evasive action from one of Russell’s bouncers.

He stormed to his car, a fully tinted red Mercedes Benz, as journalists tried in vain for a comment.

His lead attorney Patrick Foster was disappointed with the ruling, saying he wanted the date of commencement for the suspension to have started earlier.

“Naturally I am disappointed, but I am somewhat grateful it is not for two years. They seemed to have injected some mercy in the process, even though I did not agree with the decision,” Foster pointed out.

Faulkner, in defending the period of the ban, said he believes the commencement date should be the date of the decision, despite the case starting from September 2016, with a couple of delays in the process.

“The good thing is that our process allows if there’s an issue, if there’s a point, if there’s a ground, there is another step that you can take to challenge it,” Faulkner explained.

The panel believed that Russell had not displayed a pattern of last-minute whereabouts changes or other conduct which raised serious suspicion that he was trying to avoid being available for testing. Hence, he was eligible for the reduction that the code makes available.

An appeal on behalf of Russell for an earlier commencement of his sanction is imminent.

“We haven’t had a chance to read the decision and confer with our client, but it is certainly an option that we will give consideration,” said Foster.