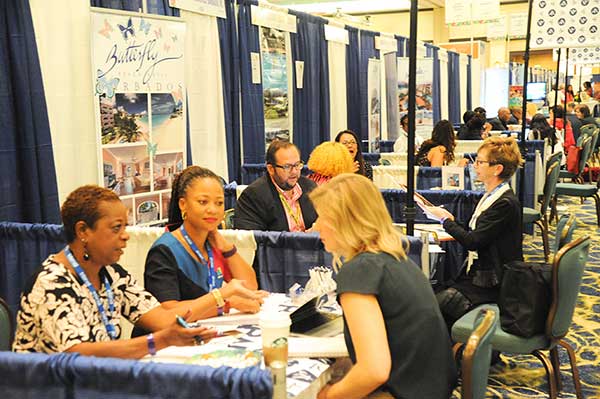 President of the Caribbean Hotel and Tourism Association (CHTA) Karolin Troubetzkoy, said that while her organisation was optimistic for continued growth in 2016, both Caribbean occupancy rates and average daily rates (ADR) failed to meet budget targets.

She told a news conference on the first working day of the Caribbean Travel Marketplace 2017 that for regional hoteliers 2016 will be a year to remember as they all held high hopes that it would continue a five year regional tourism growth trend.

“We expected occupancy rates and average daily to continue to increase, and stop over visitor arrivals to break a record 30 million barrier, and the wedding and honeymoon business would be rekindled in the year of romance.”

But she noted both occupancy and average daily rates ‎disappointingly fell below set targets and blamed factors such as the threat of the mosquito-borne Zika virus, a warm winter in primary markets as well as the depreciation of the Canadian dollar and British currency and political and global economic uncertainties for the situation.

The Caribbean Travel Marketplace 2017 has brought together hundreds of buyers, suppliers and other tourism stakeholders and Troubetzkoy said despite the challenges, “the lure and popularity of the Caribbean continues to attract travellers”.

The Barbados-based Caribbean Tourism Organization has announced that the region will surpass the 30 million stopover visitor milestone in 2016.

The CHTA president noted however that the increased visitor arrivals were not evenly spread across the region, adding that not all Caribbean destinations could register increases in tourist arrivals.

“Growth has been disproportionate with most of it concentrated on a handful of destinations. Globally, the Caribbean continues to lose market share (and) add to that the explosive growth of alternative accommodations like vacation home rentals, and it bring to question the extent to which growth is occurring in our industry,” she told the news conference.

Troubetzkoy said that this was all the good reason to look forward and plan how the region can ensure that 2017 will be everything and more that 2016 was not.

She said that while the CHTA and others worked aggressively in 2016 to protect and grow the industry, it has become very clear that nothing short of a major shift in focus and commitment is necessary for Caribbean tourism to grow in 2017 and beyond.

“In 2016 we laid the foundation for this shift; now we must aggressively and collectively resolve to build on that foundation,” she said,

Meanwhile, the Director General and CHTA chief executive officer, Frank Comito, told journalists that Marketplace 2017 allows for Caribbean tourism stakeholders to meet face-to-face with wholesalers from around the world selling Caribbean vacation travel. He said at least six new buyer companies from Germany, United Kingdom, Russia, France and Ireland are participating in the event which ends on Thursday.

“Some of these companies are expanding into the region, an indication of the continued interest in and demand for the Caribbean’s diverse product,” Comito noted.