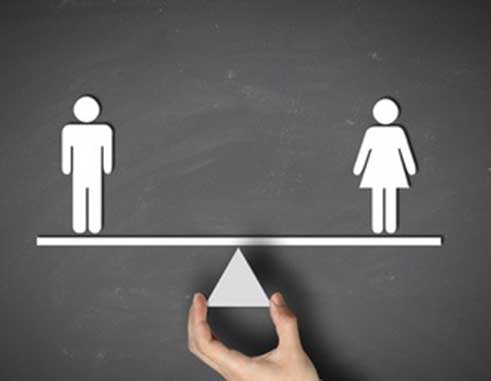 WELCOME to my new monthly commentary focused on contemporary feminism(s) in Trinidad & Tobago, the Caribbean and globally.

Most people have heard the terms ‘feminist’, ‘feminism(s)’ and ‘gender equality, which all too often generate strong feelings and negative stereotypes.

Feminism, the collective demand for equality between women and men, is often associated with the Suffragette movement for the right to vote in the early 1900s. However, its foundations can be traced to the French Revolution and Mary Wollstonecraft’s, “A Vindication of the Rights of Women” (1792), written in response to Thomas Paine’s “The Rights of Man” (1791-1792). Not to mention earlier herstories of women.

Feminism, as a definable social, political, economic and cultural movement, also described as ‘the longest revolution’, stands alongside with and has influenced socialism, civil rights, anti-war, environmental and other movements. Terms such as ‘warriors within’, ‘feminist entrepreneurs’ and ‘gender mainstreaming’ offer hints of the movement’s strategy to influence and transform.

By the 1990s, as the movement geared up for the UN Fourth World Conference on Women, the largest ever held in Beijing in 1995, a ‘male backlash’ that had been brewing, hit the fan. Errol Miller’s controversial term, ‘male marginalization’, to describe boys’ dropout and under-performance in Caribbean education, fed into male fears about ‘women taking over’. Other signs were the Million Man March in Washington, D.C. in 1995, the emergence of new men’s NGOs, debates on ‘masculinity’, and government Gender Ministries putting in place ‘men’s programmes’.

The millennial generation, it is said, tends to believe that equality between men and women has been achieved. There’s certainly a disconnect evident between earlier and younger generations of feminists, as to what remains to be achieved and the strategies for doing so.

One may well ask, “Is feminism still relevant today?” Some of the key challenges that still need to be addressed in Caribbean societies have their roots in an unequal gender system, which is interwoven with other inequalities such as class, race/ethnicity, age and disability.

A crisis of care: Women are the primary care-givers, despite also working in the formal and informal labour force. But governments have failed to put in place adequate care for the young, elderly, sick and disabled.

A crisis of sexuality: Despite being a highly sexualized society, most evident during Carnival, we baulk at sex education in schools. The results are teenage pregnancy, the spread of HIV/ AIDS, etc.

A crisis of leadership: Despite having elected women Prime Ministers in Dominica (Eugenia Charles), Guyana (Janet Jagan), Jamaica (Portia Simpson-Miller), and T&T (KamlaPersad-Bissessar) since the 1980s, and increasing numbers of women parliamentarians across the region, we are not seeing a transformation of patriarchal (male dominant) leadership within government, opposition, private sector or labour. Crude, bullying and adversarial language and behaviour are evident in Parliament. Policy decisions on the crisis issues discussed above are based on narrow interests such as gender, religion, class and race/ethnicity, rather than national development.

T&T mainstream and social media reported that in 2016, over 30 women were killed due to domestic violence and 462 murders were committed. A 14-year old girl was raped by a pastor. Shannon Banfield, a 20-year old bank clerk, and Rachael Ramkissoon, a 16-year old schoolgirl, were murdered. And reports of sexual harassment were made against a well-known ex-Senator.

Globally, Hillary Clinton was defeated in the US presidential elections in 2016, despite a trail of allegations about Donald Trump’s predatory sexual behaviour and outrage among feminist democrats and republicans. One of Trump’s first executive orders on taking office on January 23rd was to reinstate the Mexico City Policy, which prevents organizations receiving US foreign aid from providing abortions.

But I see rays of hope.
On January 21st, the day after Trump’s inauguration, an estimated five million people participated in the Women’s March in Washington D.C. and cities across the US and globally, to demonstrate their support for women’s and minority rights.

T&T is witnessing an exciting inter-generational alliance building among women and men across feminist, LGBT and mainstream organizations. A coalition of organizations against child marriage has been campaigning for the Child Marriage Act. And the emerging Side by Side We Stand movement is pressing the government to address gender-based and wider forms of violence which are destabilizing the society.

Notably, as he pushes for the Child Marriage Act, Attorney-General Faris Al-Rawi has faced down religious opposition, which KamlaPersad-Bissessar failed to do five years ago when she tabled the issue of child marriage under the UNC government. The Child Marriage Act will ban the marriage of children under 18, the vast majority of whom have been girls.

The current PNM administration would do well to leave a legacy that includes approving the National Gender Policy (which was re-activated by KamlaPersad-Bissessar, but then languished and died under her administration); addressing issues of gender-based violence, care, etc.; and decriminalizing abortion and homosexuality.

As we enter the month of T&T Carnival, lest you believe that feminism is only about struggle, let’s celebrate its contribution to popular culture, music, dance, literature, theatre, fine arts, etc.

(Dr.RawwidaBaksh is a feminist activist, researcher, writer and policy adviser, based in Trinidad & Tobago)