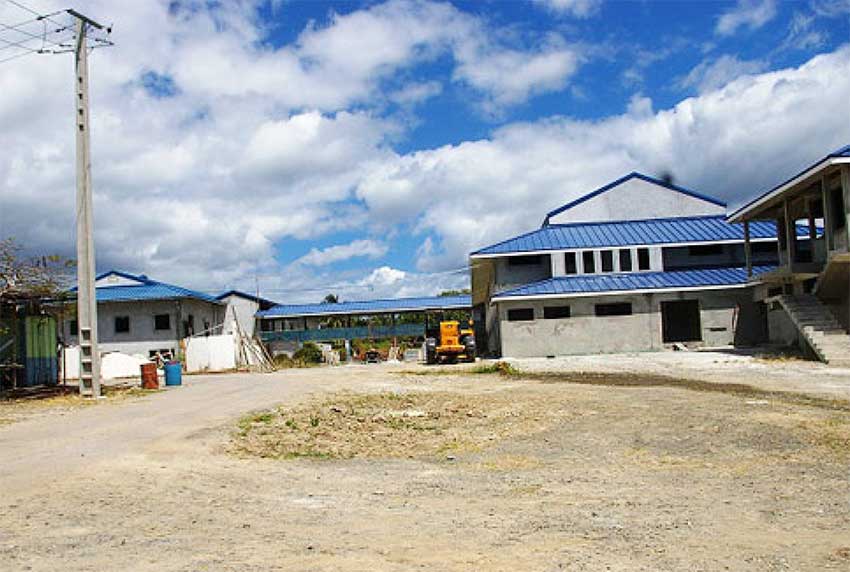 COMPLETION of the St. Jude Hospital Redevelopment Project may cost taxpayers much more than was originally estimated by government, which has been perusing the report of a technical audit conducted on the project from as early as the middle of last month.

Five months ago Economic Development Minister, Guy Joseph revealed that $95 million had been spent on the hospital to date with more than $50 million needed for its completion.

The project, he said, was enveloped in secrecy and mismanagement with the long delays to its completion to being blamed on the previous administration.

Attempts to get Minister Joseph to clarify certain remarks made by him on the project over the past months were futile, however The VOICE was able to gather from sources with intimate knowledge of the hospital’s reconstruction and its technical audit that the project can rightly be described only as a mess of herculean proportions.

We were reliably informed that the project, which originally was intended to commence as the reconstruction of the surgical wing, later became a redevelopment project that spun out of control.

In fact one reliable source told The VOICE that the outcome was a fragmented, poorly planned and executed project that spiraled exponentially out of control in form, intent, design and costs.

Joseph has been guarded in his comments on the findings contained in the report for fear of prejudicing any matter that may end up in a court of law.

But The VOICE was told that the report of the technical audit contained some serious matters that showed the government as either having relinquished or being incapable of effecting its oversight responsibilities as the project evolved both in scope and increasing disarray in the absence of any master planning.

In fact we were informed that this was not surprising, given that what started as reconstruction of a single wing and rehabilitation of wings on the hospital site, became a complex redevelopment project requiring radically different planning approaches, skill levels and resources.

The VOICE was informed that the complexity of the redevelopment project resulted in the government losing oversight as the project went outside the sphere of technical and managerial competence of its entrusted agents.

We were further informed that a preliminary estimate of EC$100 million is the figure being quoted in official circles as what was now needed for completion of the facility. However, the company which carried out the audit has recommended that work should not re-commence on the project without a clear completion strategy.

According to our source the auditors have indicated that the current state of the buildings on the hospital compound average 50 percent completion, with the exception of the morgue, and ambulance and monitoring buildings that are 100 percent complete. External works are about 10 percent complete with partial construction of underground installation services.

The St. Jude Hospital Reconstruction Project was commissioned by the government following a devastating fire at the facility in September, 2009 as a short term temporary measure towards restoring health care to the people of the south. Government at the time was looking at reconstructing the surgical building on the original site and the renovation of other buildings on the site to facilitate re-occupation.