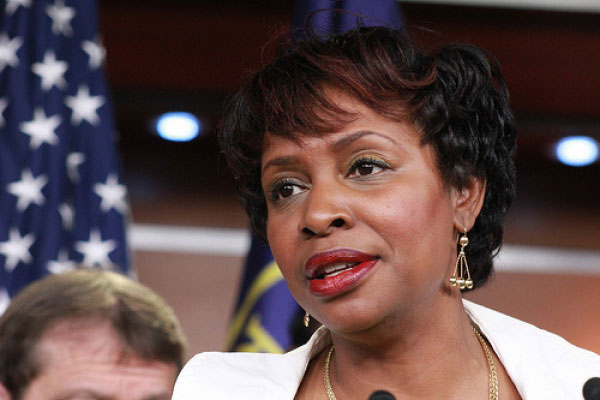 On Wednesday, Trump signed the orders for aggressive efforts aimed at finding and deporting unauthorized immigrants.

The orders also penalize communities, such as New York City, which offer sanctuary to undocumented immigrants.

“There are more than ten million people here, in our communities, who want to obtain legal status and become full members of our civil society.

“Their numbers include several hundred thousand young women and men who are enrolled in the Deferred Action for Childhood Arrivals [DACA] programme and are now attending college, working, and serving in the armed forces,” added the daughter of Jamaican immigrants, who represents the predominantly Caribbean 9th Congressional District in Brooklyn, New York.

She said people of good faith – both Democrats and Republicans – have worked for years to enact comprehensive immigration reform, and that she has joined in that work.

“But, with Donald Trump’s executive orders, our immigration laws are under the control of individuals whose dislike of the ‘other’ now dictates policy,” said Clarke, noting that New York City Mayor Bill de Blasio and New York State Governor Andrew Cuomo have pledged to protect all families in New York City. “I will join them in that fight.”

At her community swearing-in ceremony Wednesday evening, at the Theodore Roosevelt District Courthouse Ceremonial Courtroom, downtown Brooklyn, Clarke told a packed audience that she is totally committed to fight for all immigrants.

“Right now, we’re on very shaky grounds,” she said after she was sworn in for her 11th year in the US House of Representatives by Justice Paul Wooten, flanked by, among others, her Jamaican-born parents Leslie and Una Clarke.

“So, I encourage everyone to stay ‘woke’ [awake],” she added. “We’re undeterred. I’m on the battlefield. I make no apologies.

“Can you imagine when the deportation forces start moving all the people in our community?” Clarke asked. “Well, we have to do something about it. We have to be ready. We should be proactive in the face of it. So, I’m committed to fight for each and every one of you in the community.”

New York City Council Member Jumaane Williams, the son of Grenadian immigrants, who was arrested last week as he protested against Trump’s inauguration, said: “As we listen daily, we see a playbook of fear that is used in every authoritarian and fascist regime in the past.

“The use of a hyperbolic threat is the first step before horrible acts occur,” said Williams, who represents the 45th City Council District in Brooklyn. “Donald Trump is unraveling all that our country claims to stand for.

“As the son of Grenadian immigrants, and as representative of a district that has a large number of foreign-born residents, Trump’s assault on immigration is offensive and shows the worst of America,” he added. “His immigration policies are precisely why so many pushed to resist him from day one.

“We cannot, at all, give him the semblance that we will accept or approve of these divisive policies,” Williams continued. “To the people who said give him a chance, or those who refused to accept reality and suggest we wait, the time for anger and disbelief is over. Now, is the time for action.”

Trump’s executive order on immigration calls for the securing of the southern border of the United States “through the immediate construction of a physical wall on the southern border;” detention of individuals apprehended on suspicion of violating Federal or State law, including Federal immigration law; and prompt removal of individuals “whose legal claims to remain in the United States have been lawfully rejected, after any appropriate civil or criminal sanctions have been imposed.”

The mayors of American cities – large and small – also reacted with outrage on Wednesday as Trump signed the executive order saying he would halt funding to municipalities that did not cooperate with federal immigration officials.

“We’re going to defend all of our people regardless of where they come from, regardless of their immigration status,” said New York City’s Mayor Bill de Blasio at a news conference with other city officials.