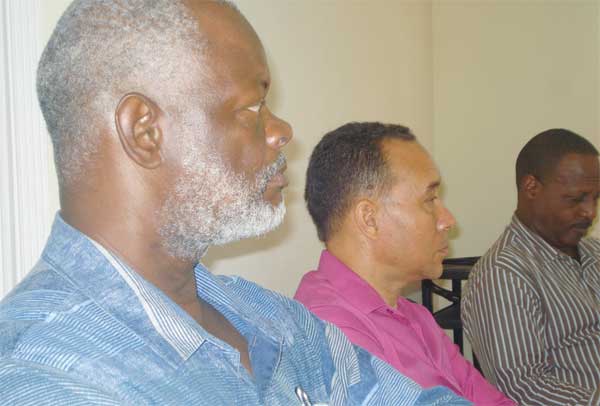 “WE are virtually at the crossroads. As an economist, I can tell you that it really requires a quantum leap in our thinking, in our focus and in our intervention through the kind of work that needs to be done. The fact is that we need to corral our forces – intellectual, economic and financial – and try to meet that proposition’’.

The above were the words of Mr. McHale Andrew speaking last year as Chief Executive Officer of Invest St Lucia. Mr. Andrew was providing a positive picture of the results of the Investment Forum held in May 2014.

It was reported by Stan Bishop that he also stated that a sum of US $ 100.0 million of Foreign Directed Investment was invested in the last six months of 2014. I want to think that my good friend Stan Bishop may have misquoted Mr. Andrew in his article. There is no way USD $ 100 million could have entered St Lucia in the last six months without some shock to the economy.

The comment on the reaching of the crossroads and the need for the quantum leap in our thinking and focus is most correct. We do have to corral our intellectual, economic and financial forces to meet our present challenge. McHale is very correct in his assessment.

I have been doing research on the islands of the world that are independent, of an area between 190 sq. miles – 360 sq. miles, and of a population under 200,000. I believe these three factors – land area, independence and population have a significant impact on the economy of a country.

There are 186 islands of an area between 190 sq. miles – 360 sq. miles. The majority are not independent. You will be stunned to note that only Dominica and St Lucia fit into that category of land area, political independence, and population size. Singapore which is an ‘independent’ one party state, of similar land mass, however has a population of 5.31 million people.

Since St Lucia and Dominica are the larger islands in size and population, all the other OECS states will fall in the lower category.

The OECS States must recognize that there is no model! There is little research on economies of our size in the world. We have to look within and create our solutions. The regurgitation of policies and approaches used in large states would not work. It pains me when I hear such verbal emesis of irrelevance revealed by our academics and politicians in extracting policies used in larger countries.

The quantum leap in thinking therefore is based on creating linkages with agriculture, proximity to the USA, historical ties to Europe and our Diaspora. We need to look at our Diaspora as a source of foreign direct investment. Can government set up a special purpose company to build an office complex which can offer shares to the Diaspora, with that income generated being used to construct the building? The building is leased to the government, and the same funds being now used for rent be used to pay the lease of the building. Construction activity is created and new money goes into circulation.

In our entire boast about increased tourism arrivals, we have failed to create the interface with agriculture. The hotels are still purchasing imported watermelons, pumpkins and broccoli. My ears are aching from these boasts of increases in tourism arrivals as it is unadulterated intellectual dishonesty. It is a fact that there has been no impact on our economy despite the increased numbers. The linkages have to be created for the impact to be felt.

I will conclude by saying that we are too small to be engaged in the discolouration of our intellectual capital, and most certainly we are at our crossroads and must corral our forces to face the challenges. McHale is spot on, and as Portia said to Nerissa in the Merchant of Venice, I do say to thee – Good sentences, well pronounced!