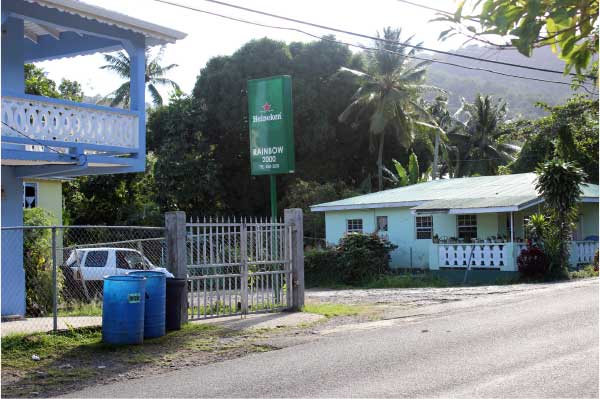 THE seventh homicide for the year has put not only family members and friends of the victim in grief but also the proprietor of Rainbow 2000, the popular bar located in Grande Riviere.

The incident occurred January 8 in a building situated right next to Rainbow 2000. At least two media houses, in reporting the confrontation that led to the death of 25 year old Dillan Joseph of the same area, mistakenly informed the public that the incident occurred at the business place.

Anthony Ferdinand, proprietor of Rainbow 2000 has already dispatched letters from his attorney to the media houses for the false ascription to his restaurant which he says is costing him loss of business.

“The incident never occurred at my place. To make matters even worse I do not open on Sundays. I was upstairs my place when I heard screams. I ran outside to find out what was going on. Now, since the airing of the reports by the media houses stating that the incident took place at my business I have been suffering financially,” Ferdinand said.

A visibly distraught Ferdinand is asking that the public takes note of his pleadings and resume their patronizing of Rainbow 2000.

“What I used to make I’m not making anymore since these negative media reports,” Ferdinand aid.