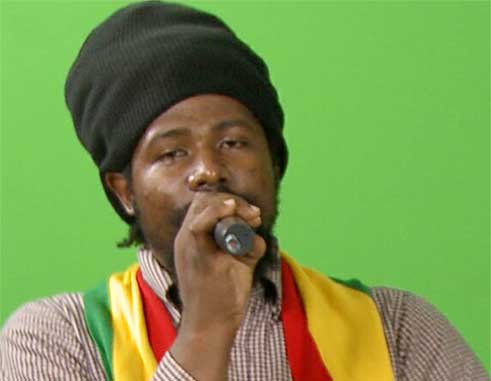 A HOME-GROWN St Lucian reggae artiste who has been involved in music for the past 19 years is ready to breakout.

Natty Conqueror (real name is Natty Charles Martyr) who was born in the United States, is set to perform this coming Friday in the first reggae concert of the year called “Reggae Night” which will be held at Palm Valley in Grand RiviereDennery. The concert also features African Roots Band, DJ Cammo, DJ Donger, The Spykid, and popular UK reggae artiste Siddy Ranks.

The 30 year old Natty Conqueror released his hit single entitled “Future Generation” in April 2016, produced by Garfield Cowan, CEO of Natures Way Entertainment record label. Conqueror said Cowan, a Jamaican based in Miami Fl, has contacted him to voice “Future Generation” on the World Peace Riddim, along with other artistes like Anthony B, Wayne Wonder, Jah Mason, King Mas, Alva, and others. He said the “Future Generation” single is now available on iTunes, Amazon, and other downloading digital platforms.

Natty Conqueror said he started singing at the age of 5 when his father gave him a guitar, and told him that he would be a bass man. Growing up listening to Reggae, Natty said he was strongly influenced by Jamaican music. He said as an artiste, his music is always positive because he wants to lead the people in the right direction.

Natty Conqueror plans to do further recordings and collaborations, as well as concerts with local, regional and international reggae artistes.